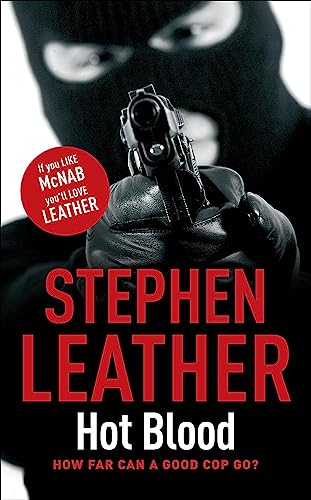 In Stock
£4.49
The master of the gritty action thriller is back with the fourth book in the bestselling Dan 'Spider' Shepherd series.
Very Good Good Well Read
26 in stock

The fourth book in the bestselling Dan 'Spider' Shepherd series.

Dan 'Spider' Shepherd is used to putting his life on the line. It goes with the turf when you're an undercover cop.

Now working for the Serious Organised Crime Agency, Shepherd is pitting his wits against the toughest criminals in the country. But when the man who once saved his life is kidnapped in the badlands of Iraq, thrown into a basement and threatened with execution, Shepherd has to decide whether his loyalties lie with his country, his career, or his friend.

Shepherd and his former SAS colleagues realise that the hostage has been abandoned by the Government and that officially nothing is being done to rescue him. And with the execution deadline only days away, Shepherd knows that the only way to stop his friend being murdered is to put himself in the firing line in the most dangerous city in the world - Baghdad.

A brilliant read. * News of the World *
The sheer impetus of his storytelling is damned hard to resist. * Daily Express *
Authentic stuff. * The Observer *

GOR000961093
Hot Blood: The 4th Spider Shepherd Thriller by Stephen Leather
Stephen Leather
The Spider Shepherd Thrillers
Used - Very Good
Paperback
Hodder & Stoughton General Division
2007-09-20
544
0340921692
9780340921692
N/A
Book picture is for illustrative purposes only, actual binding, cover or edition may vary.
This is a used book - there is no escaping the fact it has been read by someone else and it will show signs of wear and previous use. Overall we expect it to be in very good condition, but if you are not entirely satisfied please get in touch with us.