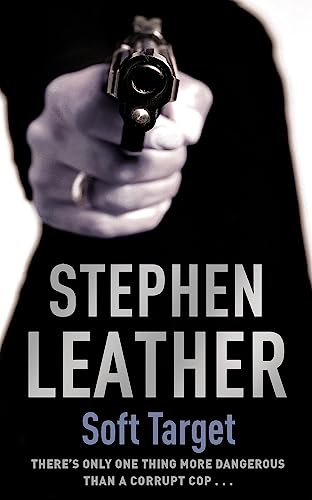 The second book in the bestselling Dan 'Spider' Shepherd series.

When a group of armed police in an elite unit turn maverick and start to rip off drug dealers at gunpoint, undercover cop Dan 'Spider' Shepherd is given his most dangerous mission so far.

Shepherd is ordered to infiltrate the tight-knit team, to gain their confidence and to ultimately betray them.

Facing men with guns is nothing new for the former SAS trooper, but it's the first time he's had to investigate his own. And the job couldn't have come at a worse time for him.

As Shepherd finds himself in the firing line, he has to decide exactly where his loyalties lie.

Stephen Leather is old-fashioned thriller writer and his books have that indefinable quality that keeps you turning the page. * The Mail on Sunday *
A master of the thriller genre. * Irish Times *
High-adrenaline plotting. * Sunday Express *

GOR000288765
Soft Target: The 2nd Spider Shepherd Thriller by Stephen Leather
Stephen Leather
The Spider Shepherd Thrillers
Used - Very Good
Paperback
Hodder & Stoughton General Division
2005-04-23
528
0340834099
9780340834091
N/A
Book picture is for illustrative purposes only, actual binding, cover or edition may vary.
This is a used book - there is no escaping the fact it has been read by someone else and it will show signs of wear and previous use. Overall we expect it to be in very good condition, but if you are not entirely satisfied please get in touch with us.