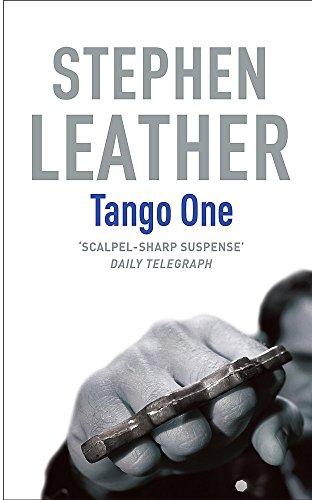 Tango One
by Stephen Leather

Tango One by Stephen Leather

In different parts of London, three recruits prepare for their first day at the Metropolitan Police's training centre at Hendon. All three had succeeded in getting into the police in spite of weaknesses. But on their first day, the assistant commissioner announces that he wants them to join a team of undercover detectives. Their brief? To become criminals; to work their way up through whatever criminal organisations they can get access to, and to collate evidence against the criminals they come across. Their target? One of the world's biggest drug dealers, Den Donovan, alias 'Tango One' - number one on HM Customs and Excise's List of most wanted criminals.

Three years later all the recruits are getting close to their target. Too close, perhaps, to remember the rules . . .

GOR001201613
Tango One by Stephen Leather
Stephen Leather
Used - Very Good
Paperback
Hodder & Stoughton General Division
2002-05-11
512
034077035X
9780340770351
Short-listed for CWA Ian Fleming Steel Dagger 2002
Book picture is for illustrative purposes only, actual binding, cover or edition may vary.
This is a used book - there is no escaping the fact it has been read by someone else and it will show signs of wear and previous use. Overall we expect it to be in very good condition, but if you are not entirely satisfied please get in touch with us.