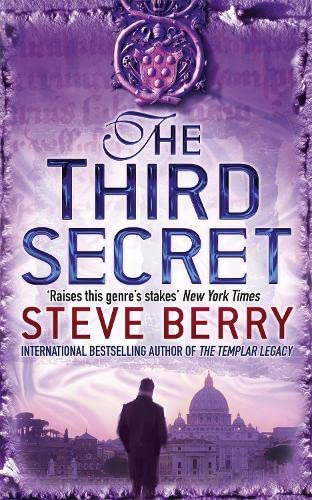 The Third Secret
by Steve Berry

The Third Secret by Steve Berry

What is the Third Secret?

It is rumoured to be a prediction so shocking that it has been locked away for over eighty years. Could this be what is drawing Pope Clement XV to the Vatican archive, night after sleepless night?

When Father Colin Michener is sent on a secret mission to the highlands of Romania, he is pitched into a vortex of suspicion, deceit, murder and forbidden passion. Suddenly, he is forced to face the very thing that has so distressed the Pope - and to unravel a mystery that will shake the world.

Steve Berry lives on the coast in Georgia, USA, with his wife and daughter. He is a lawyer who has traveled extensively throughout the Caribbean, Mexico, Europe, and Russia. His first two novels, THE AMBER ROOM and THE ROMANOV PROPHECY, were US bestsellers; his third, THE THIRD SECRET, was a New York Times bestseller. His books have been translated into over thirty languages.

GOR001176963
The Third Secret by Steve Berry
Steve Berry
Used - Very Good
Paperback
Hodder & Stoughton General Division
2006-05-08
416
0340899263
9780340899267
N/A
Book picture is for illustrative purposes only, actual binding, cover or edition may vary.
This is a used book - there is no escaping the fact it has been read by someone else and it will show signs of wear and previous use. Overall we expect it to be in very good condition, but if you are not entirely satisfied please get in touch with us.