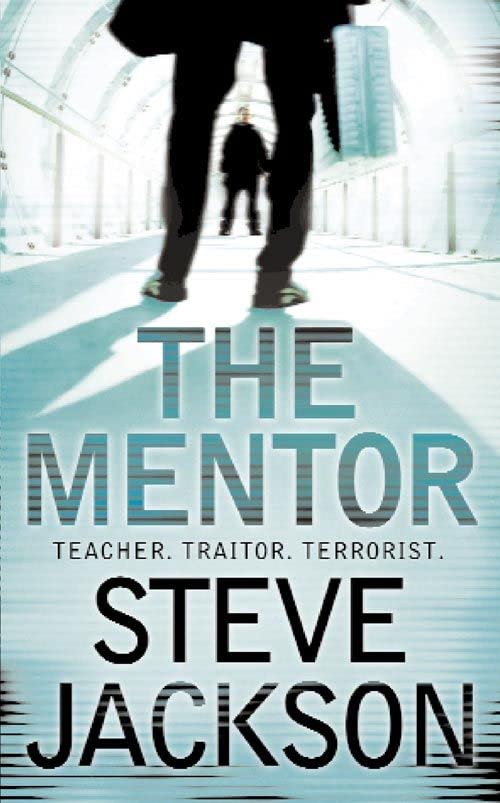 The Mentor
by Steve Jackson

Fans of `Spooks' will be swept away by Steve Jackson's explosive debut novel.

The Mentor by Steve Jackson

Fans of `Spooks' will be swept away by Steve Jackson's explosive debut novel.

They say lightning never strikes twice. They are wrong. London has been bombed for the second time in 2 years, but this time the enemy is a lot closer to home.

Paul Aston, a young MI6 Agent, is sent to investigate. But nothing could have prepared him for the scenes of horror and devastation that he sees. Images that will stay with him for the rest of his life.

The government blames MI6, MI6 blames the government, but the truth behind what the media are calling 18/8 is more chilling than anyone could have imagined.

He is The Mentor.

`Jackson's thoroughly developed characters set this spy thriller well above others of it's kind, and readers will be eager to follow Aston through the simultaneously released The Judas and future sequels.' Publisher's Weekly

On leaving school Steve Jackson fell into journalism, where filling in expense forms gave him a solid grounding in fiction writing. From there he meandered through numerous occupations - musician, recording engineer, university drop-out, guitar tutor, riding instructor - before turning his hand to thriller writing. Born in Scotland, he spent most of his childhood with his nose in a book in deepest, darkest Gloucestershire. He currently lives in St Albans.

GOR001109579
The Mentor by Steve Jackson
Steve Jackson
Used - Very Good
Paperback
HarperCollins Publishers
2007-01-03
496
0007212119
9780007212118
N/A
Book picture is for illustrative purposes only, actual binding, cover or edition may vary.
This is a used book - there is no escaping the fact it has been read by someone else and it will show signs of wear and previous use. Overall we expect it to be in very good condition, but if you are not entirely satisfied please get in touch with us.