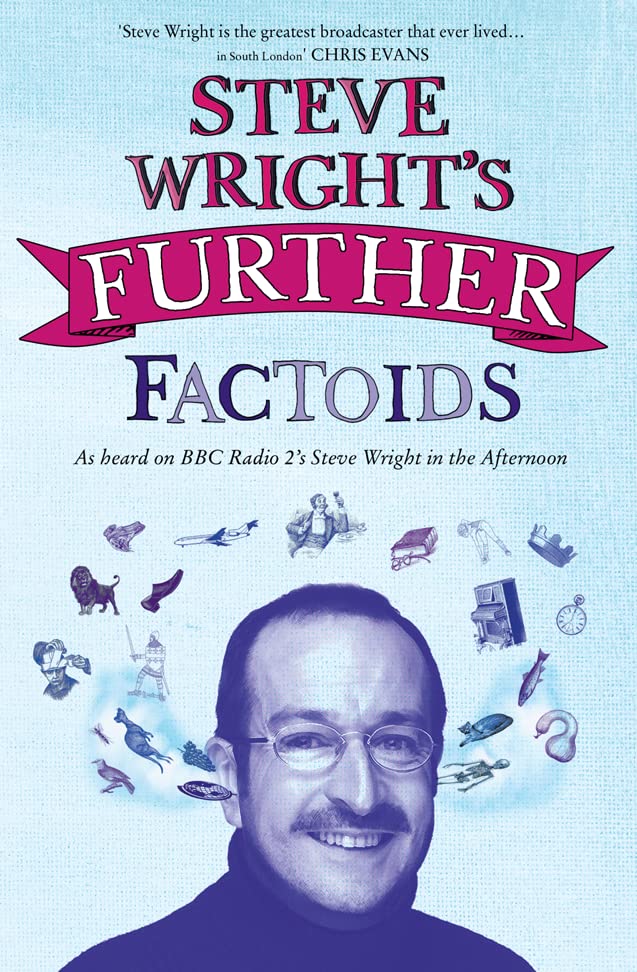 After the phenomenal success of Steve Wright's Book of Factoids, Steve returns with Further Factoids, bringing together the weirdest and most extraordinary factoids from BBC Radio 2's Steve Wright in the Afternoon.

After the phenomenal success of Steve Wright's Book of Factoids, Steve returns with Further Factoids, bringing together the weirdest and most extraordinary factoids from BBC Radio 2's Steve Wright in the Afternoon.

Steve Wright, one of nation's favourite DJs, is a man with a brain the size of a small planet. Unfortunately for him, this brain appears to be filled with trivia that would make Magnus Magnuson green with envy. Fortunately for us, he has decided to let his brain gush out into another hilarious, fascinating and informative compendium of strange and bizarre facts from around the world.

For example, did you know that:
* Worcestershire sauce is basically anchovy ketchup?
* They add liquid detergent to our favourite bevvy in beer commercials to make it foam more?
* Austria was the first country ever to use postcards?
* A hippo can open its mouth wide enough to fit Little Ant and Dec inside?

Bringing together more of the strangest and most hilarious factoids from Steve's show, he provides explanations, commentary and anecdotes to enhance this entertaining collection of hundreds of fun facts.

`amazing nuggets of knowledge... Radio 2 star Steve has been wowing audiences for years with regular bizarre and wacky factoids and now they have been brought together in one great book' Daily Star

Born in Greenwich in 1954, Steve Wright held a number of jobs before joining RTL (Radio Luxembourg) in the 70s, then on to BBC Radio 1 and BBC television. He's written books, penned newspaper and magazine columns and works as a media consultant & film reviewer. He's also the writer and presenter of `Top of the Pops 2'. Steve is now where he belongs on Radio 2's Steve Wright in the Afternoon show, a daily miscellany of lifestyle and interviews with celebs, politicians, authors & musicians.

GOR000887616
Steve Wright's Further Factoids by Steve Wright
Steve Wright
Used - Very Good
Paperback
HarperCollins Publishers
2008-11-01
160
0007255187
9780007255184
N/A
Book picture is for illustrative purposes only, actual binding, cover or edition may vary.
This is a used book - there is no escaping the fact it has been read by someone else and it will show signs of wear and previous use. Overall we expect it to be in very good condition, but if you are not entirely satisfied please get in touch with us.