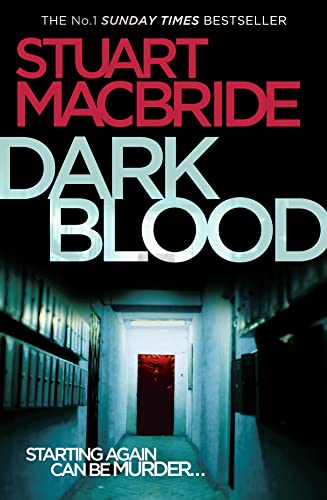 The Number One bestselling crime series from the award-winning Stuart MacBride. In this sixth DS Logan McRae thriller, Scotland's finest see first-hand how starting again can be murder...

The Number One bestselling crime series from the award-winning Stuart MacBride. In this sixth DS Logan McRae thriller, Scotland's finest see first-hand how starting again can be murder...

Richard Knox has done his time and seen the error of his ways. He wants to leave his dark past behind, so why shouldn't he be allowed to live wherever he wants?

Detective Sergeant Logan McRae isn't thrilled about having to help a violent rapist settle into Aberdeen. Even worse, he's stuck with the man who put Knox behind bars, DSI Danby, supposedly to `keep an eye on things'.

Only things are about to go very, very wrong.

Edinburgh gangster Malk the Knife wants a slice of Aberdeen's latest development boom. Local crime lord Wee Hamish Mowat has ominous plans for Logan's future. And Knox's past isn't finished with him yet...

`A terrific writer ... Brilliant ... bodies abound, blood flows freely and McRae is a delight' The Times

`Stuart MacBride's thrillers just keep getting better ... One of the most disturbing novels in the highly successful Logan McRae series ... admirers of tough, modern crime novels will be in seventh heaven - or should that be hell?' Express

`The plotting puts most writers in the genre to shame ... This is quintessential Stuart MacBride: tartan noir etched in the darkest of hues with dialogue so sharp you might cut yourself' Independent

GOR002348304
Dark Blood (Logan McRae, Book 6) by Stuart MacBride
Stuart MacBride
Logan McRae
Used - Very Good
Paperback
HarperCollins Publishers
2011-01-06
480
0007362544
9780007362547
Short-listed for Theakston's Old Peculier Crime Novel of the Year 2011
Book picture is for illustrative purposes only, actual binding, cover or edition may vary.
This is a used book - there is no escaping the fact it has been read by someone else and it will show signs of wear and previous use. Overall we expect it to be in very good condition, but if you are not entirely satisfied please get in touch with us.