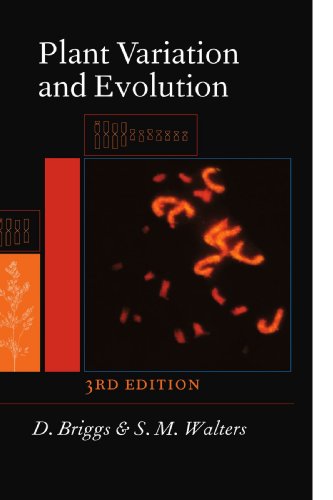 In Stock
£2.99
Our understanding of microevolution and the evolutionary history of the flowering plants has been transformed by the use of molecular techniques. This new edition reviews recent progress in its historical context, showing how hypotheses and models developed in the past have been critically tested via these new techniques.
Like New
Only 1 left

Natural populations of plants show intricate patterns of variation. European botanists of the eighteenth and nineteenth centuries used this variation to classify different 'kinds' into a hierarchy of family, genus, and species. Although useful, these classifications were based on a belief in the fixity of species and the static patterns of variation. Darwin's theory of evolution changed this view; populations and species varied in time and space and were part of a continuing process of evolution. The development of molecular techniques has transformed our understanding of microevolution and the evolutionary history of the flowering plants. This new edition reviews recent progress in its historical context, showing how hypotheses and models developed in the past have been critically tested. The authors consider the remarkable insights that molecular biology has given us into the processes of evolution in populations of cultivated, wild and weedy species, the threats of extinction faced by many endangered species and the wider evolutionary history of the flowering plants as revealed by cladistic methods.

'... the book provides students with an easily gained insight and appreciation of just what it is that plant evolutionists do.' Dan Schoen, Trends in Plant Science
'... a thought provoking and readable volume.' John Warren, Scottish Agricultural College
' ... suitable for university students in Environmental Sciences, Agricultural Sciences, Botany and Plant Biology. It is particularly a useful book for updates. The book is highly recommended for the professional practitioner in the field as a background, for plant physiologists and people in related fields it provides a thorough review of the field as it now stands. It may stimulate many new ideas in these areas.' Vassiolios Sarafis, Journal of Plant Physiology
'There is no other comparable text available. As a textbook on variation in plants, this book is a classic.' Journal of Applied Ecology
"This new edition of a well-known work on plant evolutionary biology reviews both population-level processes and the evolution of species and higher taxa. Evolutionary principles are illustrated with a wide variety of examples, with studies published during different periods and using different techniques combined to give a much broader, more balanced view of the field than most other books, and with emphasis on the historical development of modern concepts... Teachers and researchers will value this book for its broad coverage of plant evolution, its citation of many studies illustrating evolutionary principles, and its citations of review articles covering many branches of evolutionary botany." Choice

GOR010296244
Plant Variation and Evolution by Stuart Max Walters
Stuart Max Walters
Used - Like New
Paperback
Cambridge University Press
1997-11-13
536
0521459184
9780521459181
N/A
Book picture is for illustrative purposes only, actual binding, cover or edition may vary.
The book has been read, but looks new. The book cover has no visible wear, and the dust jacket is included if applicable. No missing or damaged pages, no tears, possible very minimal creasing, no underlining or highlighting of text, and no writing in the margins.