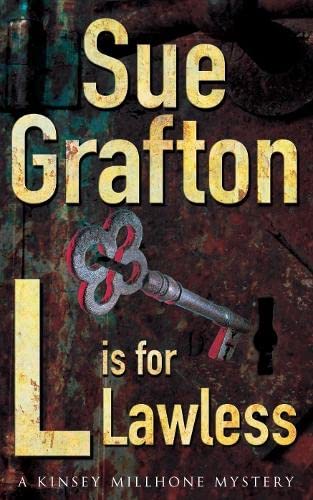 L is for Lawless
by Sue Grafton

In Stock
£2.99
'Kinsey Millhone is up there with the giants of the private eye genre' Times Literary Supplement
Very Good Good
Only 3 left

L is for Lawless Summary

L is for Lawless by Sue Grafton

It was the week before Thanksgiving when Kinsey Millhone first heard the sad story of the late Johnny Lee, the World War II fighter pilot of whom, rather mysteriously, the military authorities have no record. His family are concerned - perhaps Kinsey could make a few calls, straighten things out?

Then Johnny's apartment is ransacked. In the debris a hidden safe is uncovered - and in that safe is a mysterious key marked LAWLESS.

That night Kinsey's on a plane to Dallas, at the start of a thrilling rollercoaster ride through Texas and Kentucky on the trail of long-buried treasure. Unfortunately there's a fire-raising psychopath on her tail . . .

And she's going to be late for a very important wedding . . .

GOR001109069
L is for Lawless by Sue Grafton
Sue Grafton
Used - Very Good
Paperback
Pan Macmillan
1996-12-06
368
0330334816
9780330334815
N/A
Book picture is for illustrative purposes only, actual binding, cover or edition may vary.
This is a used book - there is no escaping the fact it has been read by someone else and it will show signs of wear and previous use. Overall we expect it to be in very good condition, but if you are not entirely satisfied please get in touch with us.