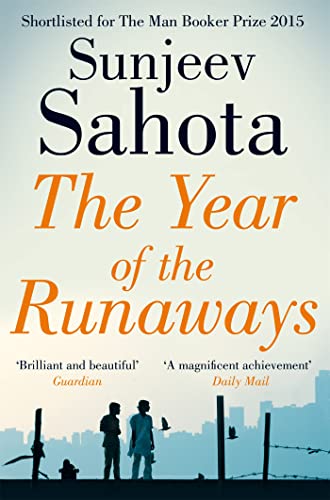 The Year of the Runaways by Sunjeev Sahota

The heart-stopping political novel about the desperate life of illegal immigrants, from one of Granta's Best of British Novelists 2013

The Year of the Runaways by Sunjeev Sahota

Shortlisted for the Man Booker Prize 2015

'The Grapes of Wrath for the 21st century' Washington Post

The Year of the Runaways tells of the bold dreams and daily struggles of an unlikely family thrown together by circumstance. Thirteen young men live in a house in Sheffield, each in flight from India and in desperate search of a new life. Tarlochan, a former rickshaw driver, will say nothing about his past in Bihar; and Avtar has a secret that binds him to protect the chaotic Randeep. Randeep, in turn, has a visa-wife in a flat on the other side of town: a clever, devout woman whose cupboards are full of her husband's clothes, in case the immigration men surprise her with a call.

Sweeping between India and England, and between childhood and the present day, Sunjeev Sahota's generous, unforgettable novel is - as with Rohinton Mistry's A Fine Balance - a story of dignity in the face of adversity and the ultimate triumph of the human spirit.