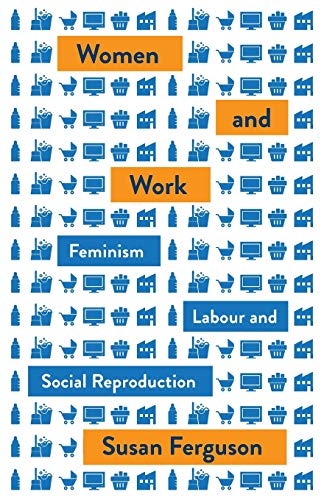 Women and Work
by Susan Ferguson

In Stock
£9.99
An analysis of the divergent strands of feminism, as the fight for women's emancipation takes centre stage.
Very Good
Only 4 left

Feminism is once again on the political agenda. Across the world women are taking to the streets to protest unfair working conditions, abortion laws, and sexual violence. They are demanding decent wages, better schools and free childcare. But why do some feminists choose to fight for more women CEOs, while others fight for a world without CEOs?

To understand these divergent approaches, Susan Ferguson looks at the ideas that have inspired women to protest, exploring the ways in which feminists have placed work at the centre of their struggle for emancipation. Two distinct trajectories emerge: 'equality feminism' and 'social reproduction feminism'. Ferguson argues that socialists have too often embraced the 'liberal' tendencies of equality feminism, while neglecting the insights of social reproduction feminism.

Engaging with feminist anti-work critiques, Ferguson proposes that women's emancipation depends upon a radical reimagining of all labour and advocates for a renewed social reproduction framework as a powerful basis for an inclusive feminist politics.

'Susan Ferguson's attention to labour in the history of feminist thought is timely and urgent... scholars and students across disciplines will find here valuable insights into the history of feminist theory and social movements' -- Rosemary Hennessy, author of 'Profit and Pleasure: Sexual Identities in Late Capitalism'
'Susan Ferguson has been a leader in the efforts to develop social reproduction theory... her focus on the history of labour in Marxist and feminist thought brilliantly reshapes our understanding of the concept' -- Lise Vogel, author of 'Marxism and the Oppression of Women'
'Shines a searching light on the interactions between class, race and gender in the reproduction of contemporary global capitalism. This book marks a milestone in socialist feminist theory' -- Ursula Huws, author of 'Labour in Contemporary Capitalism: What Next?'
'Through an innovative interpretation of key historical and contemporary feminist texts, this compellingly written book offers socialist-feminist activists an excellent introduction to social reproduction theory and its political implications' -- Johanna Brenner, author of 'Women and the Politics of Class'
'A crucial and much needed book. Analyzing more than two hundred years of feminist theorizing on work and oppression, Ferguson rigorously unpacks the dilemmas we face when we fail to problematize what work is, and what it should be to bring about freedom. Essential reading for socialist feminists' -- Sara Farris, author of 'In the Name of Women's Rights: The Rise of Femonationalism'

GOR010196480
Women and Work: Feminism, Labour, and Social Reproduction by Susan Ferguson
Susan Ferguson
Mapping Social Reproduction Theory
Used - Very Good
Paperback
Pluto Press
2019-11-20
192
0745338712
9780745338712
N/A
Book picture is for illustrative purposes only, actual binding, cover or edition may vary.
This is a used book - there is no escaping the fact it has been read by someone else and it will show signs of wear and previous use. Overall we expect it to be in very good condition, but if you are not entirely satisfied please get in touch with us.