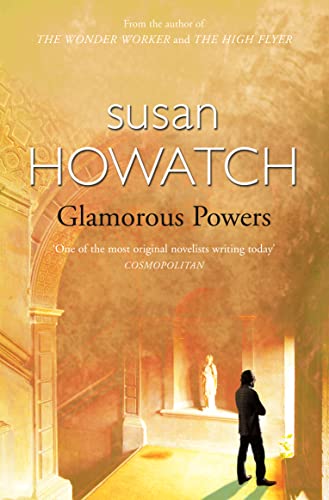 Jon Darrow, a man with psychic powers, is a man who has played many parts: a shady faith-healer; a naval chaplain, a passionate husband, an awkward father, an Anglo-Catholic monk.
In 1940 Darrow returns to the world he once renounced, but faced with many unforeseen temptations he fails to control his psychic, most glamorous powers. Corruption lies in wait for him, and threatens not only his future as a priest but his happiness with Anne, the young woman he has come to love.

'This novel marks a remarkable departure for Susan Howatch' Today

'She is a deft storyteller, and her writing has depth, grace and pace' Sunday Times

GOR001017974
Glamorous Powers by Susan Howatch
Susan Howatch
Used - Very Good
Paperback
HarperCollins Publishers
1996-04-30
512
000649692X
9780006496922
N/A
Book picture is for illustrative purposes only, actual binding, cover or edition may vary.
This is a used book - there is no escaping the fact it has been read by someone else and it will show signs of wear and previous use. Overall we expect it to be in very good condition, but if you are not entirely satisfied please get in touch with us.