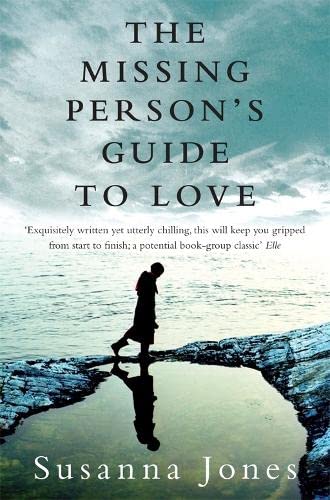 The Missing Person's Guide to Love
by Susanna Jones

In Stock
£3.99
An absorbing tale of a woman revisiting her past . . . with shattering consequences
Very Good
Only 2 left

The Missing Person's Guide to Love by Susanna Jones

Isabel, Owen and Julia were childhood friends. But when they were fifteen, Julia disappeared without a trace - an event that had a devastating impact on the others.

Years later, Isabel returns to her home town in the north of England for Owen's funeral. She hadn't seen him since they recklessly burned down the local supermarket together; he was sent to prison and she, just shy of her 18th birthday, to a young offenders' centre. Isabel suspects that Owen was responsible for Julia's murder, and she's hoping finally to find some kind of resolution.

Feeling cut off from her husband and child in Turkey, and awash with unexpected memories, Isabel ventures further into the murky depths of her past. But nothing is as it seems - either past or present - and as Isabel's world unravels we finally realise the stunning, shattering truth . . .

'Exquisitely written yet utterly chilling, this will keep you gripped from start to finish; a potential book-group classic' Elle magazine

`Anyone familiar with Jones's two previous books will know that, in her deliciously disorientating fictional worlds, nothing is ever quite as it seems... Jones is a mistress of disguise, not just in her characterization and plotting, but in her blurring of the divisions between right and wrong. Hers isn't quite the deliberate amorality of Patricia Highsmith, but she similarly denies us any easy options when it comes to taking sides for or against her protagonists. With Isabel, in The Missing Person's Guide to Love, Jones has fashioned her most complex, involving heroine yet and by far her most audacious sleight of hand in terms of a storyteller. To call it a twist would be to devalue what is really a hidden undercurrent of the whole narrative; nevertheless the revelation, when it comes, is breathtaking' Literary Review

`Exquisitely written yet utterly chilling, this will keep you gripped from start to finish: a potential book-group classic' Elle

`An intriguing tale... An engrossing read, and one that's quite mysterious at times, this is a book that you won't be able to put down' Easy Living

Susanna Jones grew up in Yorkshire and lived in Japan for many years. She currently resides near Brighton.

GOR000605009
The Missing Person's Guide to Love by Susanna Jones
Susanna Jones
Used - Very Good
Paperback
Pan Macmillan
2008-07-04
288
0330450832
9780330450836
N/A
Book picture is for illustrative purposes only, actual binding, cover or edition may vary.
This is a used book - there is no escaping the fact it has been read by someone else and it will show signs of wear and previous use. Overall we expect it to be in very good condition, but if you are not entirely satisfied please get in touch with us.