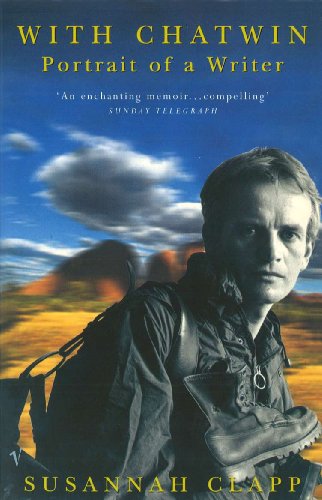 With Chatwin
by Susannah Clapp

In Stock
£3.99
Few writers have had as many distinct lives as Bruce Chatwin and few have been as compelling in person as in print.
Very Good
Only 3 left

With Chatwin: Portrait of a Writer by Susannah Clapp

Few writers have had as many distinct lives as Bruce Chatwin and few have been as compelling in person as in print. Chatwin was a traveller, an aesthete and an anthropologist. In his twenties he was a star at Sotheby's; in his thirties he was a star at The Sunday Times. A solitary man and a socialite; he was always exotic. He became famous as the person who reinvented travel-writing and when he died in 1989, aged 48, he had published six strikingly varied books. Susannah Clapp's book is not a biography, but collects her own memories of Chatwin and those of his friends, acquaintances and colleagues, with the aim of producing a chronology of the author's life and, more important, of illuminating particular fields of interest. This is not merely a celebratory volume, but a investigatory one, illustrated with photographs of and by Bruce Chatwin.

"With Chatwin is not a full-scale biography, but rather a fresh, vivid portrait, organised more or less chronologically, though built up around certain key themes... a novel and suitably unponderous way of depicting someone so mercurial. It's a very funny book... full of subtle and revealing insights" -- Edmund White * Times Literary Supplement *
"An enchanting memoir... neatly packed with precisely the kind of detailed observation that renders such portraits compelling... Appropriately enough, [Susannah Clapp] has adopted Chatwin's own connoisseurishly boastful style, the better to display all his rarities, coups and unrepeatable trophies... With Chatwin is, as its title hints, virtually an addition to Chatwin's own oeuvre" -- David Sexton * Sunday Telegraph *
"A beautiful memoir... fascinating" -- Ian Buruma * Spectator *
"An affectionate, frank and skilful portrait" -- Jan Morris * Literary Review *

Susannah Clapp worked as an editor and reader at Jonathan Cape. She helped to found the London Review of Books, where she was assistant editor for several years. She is currently the theatre critic of the Observer and a regular broadcaster on BBC Radio.

GOR002815717
With Chatwin: Portrait of a Writer by Susannah Clapp
Susannah Clapp
Used - Very Good
Paperback
Vintage Publishing
1998-01-01
256
0099733714
9780099733713
N/A
Book picture is for illustrative purposes only, actual binding, cover or edition may vary.
This is a used book - there is no escaping the fact it has been read by someone else and it will show signs of wear and previous use. Overall we expect it to be in very good condition, but if you are not entirely satisfied please get in touch with us.