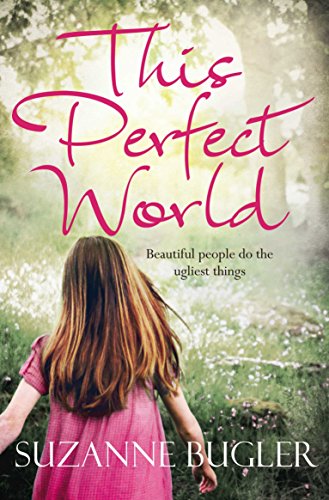 This Perfect World by Suzanne Bugler

What do you do when your secret past threatens your perfect present?

This Perfect World by Suzanne Bugler

Heddy Partridge was never my friend. I have to start with that.

Heddy Partridge was none of these things.

Laura Hamley is the woman who has everything: a loving and successful husband, two beautiful children, an expensive home and a set of equally fortunate friends.

But Laura's perfect world is suddenly threatened when she receives an unwelcome phone call from Mrs Partridge, mother of Heddy - the girl Laura and her friends bullied mercilessly at school. Heddy has been hospitalized following a mental breakdown, and Mrs Partridge wants Laura's help to get her released.

As Laura reluctantly gets drawn back into the past, she is forced to face the terrible consequences of her cruelty. But, as her secrets are revealed, so too is another even more devastating truth, and the perfect world Laura has so carefully constructed for herself begins to fall apart.

This Perfect World is the debut novel from a brilliant dark new voice.

Suzanne Bugler lives in south west London with her husband and two sons. She has also written two novels for young adults: Staring Up at the Sun and Meet Me at the Boathouse.
GOR002363278
9780330510691
033051069X
This Perfect World by Suzanne Bugler
Suzanne Bugler
Used - Very Good
Paperback
Pan Macmillan
2011-01-07
320
N/A
Book picture is for illustrative purposes only, actual binding, cover or edition may vary.
This is a used book - there is no escaping the fact it has been read by someone else and it will show signs of wear and previous use. Overall we expect it to be in very good condition, but if you are not entirely satisfied please get in touch with us
Trustpilot