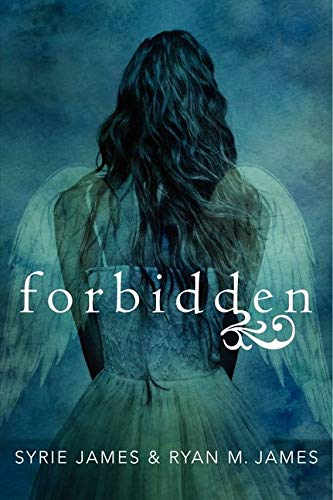 A romantic and endearing novel perfect for fans of Rachel Vincent, Julie Kagawa, and Alyson Noel, from bestselling author Syrie James and her son, Ryan.

When Claire Brennan begins to get psychic visions and mysterious warnings that she's in danger at the start of her junior year, she isn't sure what to think.

She should not exist. He should not love her. Claire Brennan has been attending Emerson Academy for two years now (the longest she and her mom have remained anywhere) and she's desperate to stay put for the rest of high school. So there's no way she's going to tell her mom about the psychic visions she's been having or the creepy warnings that she's in danger. Alec MacKenzie is fed up with his duties to watch and, when necessary, eliminate the descendants of his angelic forefathers. He chose Emerson as the ideal hiding place where he could be normal for once. He hadn't factored Claire into his plans...Their love is forbidden, going against everything Alec has been taught to believe. But when the reason behind Claire's unusual powers is revealed and the threat to her life becomes clear, how far will Alec go to protect her?

"...quite effective paranormal suspense and intense-but-quixotic high-school romance." -- Kirkus Reviews "Both main characters are well-drawn, with believable motivations and reactions to their situations." -- School Library Journal "Beautifully written. Romantic and filled with delicious tension. Forbidden enchants!" -- Sophie Jordan, author of FIRELIGHT "Hits all the right notes...If you enjoy angels, 'forbidden' romance and dashing heroes, then this should be added to your TBR." -- USA Today

Syrie James is the bestselling author of the critically acclaimed Nocturne; Dracula, My Love; The Secret Diaries of Charlotte Bronte (Great Group Read, Women's National Book Association; Audie Romance Award, 2011), and the international bestseller The Lost Memoirs of Jane Austen (Best First Novel 2008, Library Journal.) Translation rights for Syrie's books have been sold in sixteen languages. An admitted Anglophile, Syrie loves paranormal romance and all things 19th century. She lives in Los Angeles and is a member of the Writer's Guild of America. Aside from being Syrie's firstborn, Ryan M. James has co-written two screenplays, directed an independent feature, and created the machinima webseries A Clone Apart. By day he works as an editor for the video game industry in Santa Monica, most recently on Uncharted 2: Among Thieves (Game of the Year 2009) and Uncharted 3: Drake's Deception. Under cover of night, he conjures stories for print, screen, and web as a member of the Writers Guild of America. He and his wife live in Los Angeles about a stone's throw away from Syrie.

GOR003881076
Forbidden by Syrie James
Syrie James
Used - Very Good
Paperback
HarperCollins Publishers Inc
2012-01-26
416
0062027891
9780062027894
N/A
Book picture is for illustrative purposes only, actual binding, cover or edition may vary.
This is a used book - there is no escaping the fact it has been read by someone else and it will show signs of wear and previous use. Overall we expect it to be in very good condition, but if you are not entirely satisfied please get in touch with us.