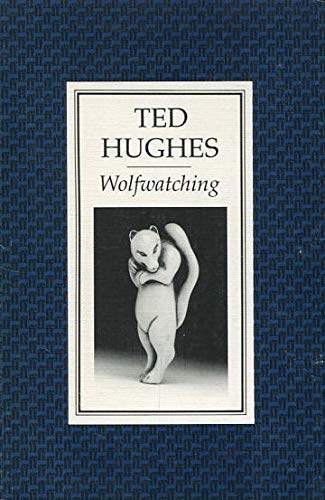 "The poetry of Ted Hughes has brought us, in the most exact sense, closer to nature, its complete workings, than any English poet we can think of, including Clare and Hardy. Not because it is brutal, but because it is brutal and bright; otherwise all we would have would be morose accuracy, the diray of a depressed naturalist. ["Wolfwatching"] is a poetry of exultation."--Derek Walcott, " The Weekend Telegraph"

"For Hughes the English language is not so much a tool as an arsenal. . . . Time and again in Wolfwatching it is moving to watch him use verbal weapons, his clashing and meshing sound clusters, to plead for a collective clemency toward animals, a grown child's forgiveness for unhappy parents, a soldier's forgetfulness of battle."--Mary Jo Salter, " The New Republic"

Ted Hughes (1930-1998) was born in Yorkshire. His first book, The Hawk in the Rain, was published in 1957 by Faber & Faber and was followed by many volumes of poetry and prose for adults and children. He received the Whitbread Book of the Year for two consecutive years for his last published collections of poetry, Tales from Ovid and Birthday Letters. He was Poet Laureate from 1984, and in 1998 he was appointed to the Order of Merit.

GOR000898286
Wolfwatching by Ted Hughes
Ted Hughes
Used - Very Good
Paperback
Faber & Faber
1989-09-18
64
0571141676
9780571141678
N/A
Book picture is for illustrative purposes only, actual binding, cover or edition may vary.
This is a used book - there is no escaping the fact it has been read by someone else and it will show signs of wear and previous use. Overall we expect it to be in very good condition, but if you are not entirely satisfied please get in touch with us.