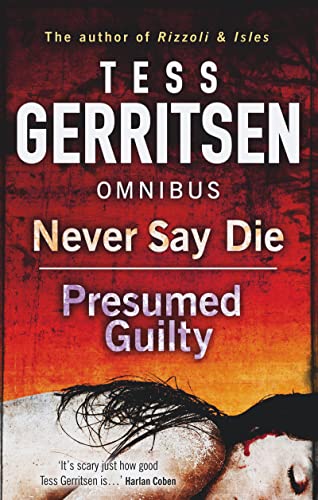 Twenty years after her father's plane crashed in the jungles of Southeast Asia, Willy Jane Maitland was finally tracking his last moves.

Twenty years after her father's plane crashed in the jungles of Southeast Asia, Willy Jane Maitland was finally tracking his last moves.

She recognised the dangers, but her search for the truth about that fateful flight was the only thing that mattered. Closing in on the events of that night, Willy realises that she is investigating secrets that people would kill to protect. And without knowing who to trust, the truth can be far from clear cut. . .

Miranda Wood arrives home to a dark, cold cottage - and a man, stabbed to death, lying in her bed. Miranda is the obvious suspect, and she looks even guiltier when her bail is paid by an anonymous donor.

As Miranda fights to clear her name, she unearths a murky history of blackmail, corruption and scandal. As she gets closer to the truth, it becomes clear that someone else wants to kill Miranda - someone with a personal reason for wanting her out of the way...

"Gerritsen is tops in her genre. " USA Today

Internationally bestselling author Tess Gerritsen is a graduate of Stanford University and went on to medical school at the University of California, San Francisco, where she was awarded her M.D. Since 1987, her books have been translated into 37 languages, and more than 25 million copies have been sold around the world. She has received the Nero Wolfe Award and the Rita Award, and she was a finalist for the Edgar award. Now retired from medicine, she writes full time. She lives in Maine.

GOR006438330
9781848452770
1848452772
Never Say Die: Never Say Die / Presumed Guilty by Tess Gerritsen
Tess Gerritsen
Used - Very Good
Paperback
HarperCollins Publishers
2014-01-03
496
N/A
Book picture is for illustrative purposes only, actual binding, cover or edition may vary.
This is a used book - there is no escaping the fact it has been read by someone else and it will show signs of wear and previous use. Overall we expect it to be in very good condition, but if you are not entirely satisfied please get in touch with us
Trustpilot