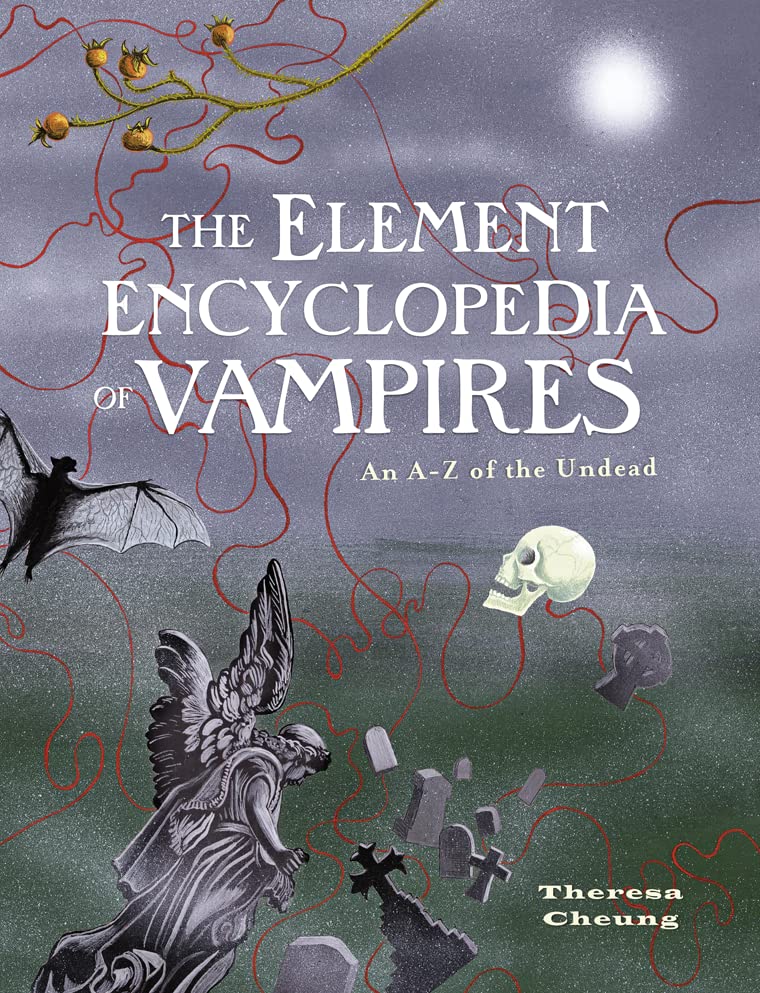 The Element Encyclopedia of Vampires
by Theresa Cheung

An A to Z of the Undead

The Element Encyclopedia of Vampires Summary

The Element Encyclopedia of Vampires by Theresa Cheung

An A to Z of the Undead

Bloodsuckers. Immortals. Nightstalkers. Cold ones. Though they've sported different names and different guises, vampires have existed in almost every culture of our world. They've haunted our darkest dreams, simultaneously invoking both fear and fascination. After all, the question still plagues us centuries later...do vampires actually exist?

THE ELEMENT ENCYCLOPEDIA OF VAMPIRES examines the dark depths of the vampire world, separating the myth from the chilling reality. Discover vampiric folklore and legend from around the world before descending into real-life case histories of mortal blood drinkers. Loaded with details and facts about:

* The science of vampires
* The vampire family tree, including ghosts, witches and werewolves
* Vampires through history
* The methods of finding, identifying, and destroying vampires
* The vital significance of blood
* Famous vampirologists and vampire organizations

Discover why the sadistic practices of Elizabeth Bathory led to her nickname, "Countess Dracula,", what the role of the Federal Vampire and Zombie Agency (the FVZA) was, why you should never jump over a corpse, and how the Penangal - a screaming blood-soaked beast that drifts through the Malayan jungle - finds its victims.

Organized from A to Z, this is the most comprehensive and up-to-date book on vampires and their history. Lift the coffin and determine for yourself what is real...and what is undead.

Theresa Cheung was born into a family of psychics and astrologers. She gave her first public psychic reading at the age of 14 and has been involved in the serious study of the psychic world ever since. In addition to being a tarot reader, she has lectured and organized workshops on numerology, tarot, dreams, and other aspects of the psychic world. Theresa has contributed to magazines such as RED, SHE, HERE'S HEALTH, as well as MBS magazines such as FATE AND FORTUNE. She is the author of over 25 health, popular psychology, and new age books including THE ELEMENT ENCYCLOPEDIA OF 20,000 DREAMS.

GOR002777605
The Element Encyclopedia of Vampires by Theresa Cheung
Theresa Cheung
Used - Very Good
Paperback
HarperCollins Publishers
2009-10-01
706
0007312792
9780007312795
N/A
Book picture is for illustrative purposes only, actual binding, cover or edition may vary.
This is a used book - there is no escaping the fact it has been read by someone else and it will show signs of wear and previous use. Overall we expect it to be in very good condition, but if you are not entirely satisfied please get in touch with us.