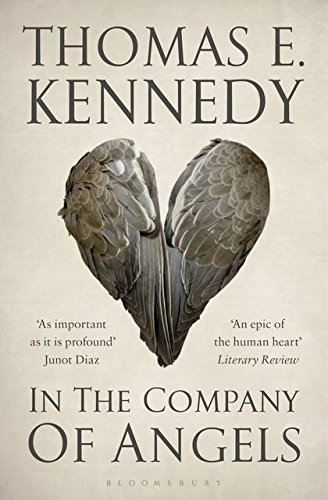 In the Company of Angels
by Thomas E. Kennedy

In Stock
£2.49
A luminous love story and an internationally acclaimed masterpiece, published in the UK for the first time
Very Good
Only 2 left

In the Company of Angels Summary

In the Company of Angels by Thomas E. Kennedy

How much of a survivor, in fact, survives? How much must remain of a survivor for him also to be called a man? You tell me to remember. All over again. To remember. Perhaps there is nothing left there, doctor. Perhaps it is all gone. Bernardo Greene is attempting to rebuild his life. Imprisoned and tortured by Pinochet's regime for introducing his students to political poetry, he has arrived at Copenhagen's centre for rehabilitating torture victims at the age of forty-nine, to begin, to begin again. Across from the King's Garden, Michela Ibsen also seeks a new beginning. She has survived an abusive marriage and the death of a child, but does not know whether this makes her strong, or even whole. Her latest boyfriend is young, vain and dangerously possessive. Why do men hit me? Why is it happening again? Michela's eyes meet Bernardo's over a cup of coffee in the cafe across the lake. During a long Scandinavian summer of endless days and pin-point nights, these two lost souls begin to heal, to forgive and to trust themselves to love. A novel about passion in the wake of loss, pain in the wake of truth, and salvation in the wake of despair, In the Company of Angels is the mesmeric and quietly devastating masterpiece from internationally celebrated author Thomas E. Kennedy.

In the Company of Angels Reviews

'Thomas E. Kennedy is an astonishment, and In the Company of Angels is as elegant as it is beautiful, as important as it is profound. A marvel of a read' * Junot Diaz, author of The Brief Wondrous Life of Oscar Wao *
'The combination of subtle, beautiful prose and searingly painful realities make In the Company of Angels a story that lingers in the intellect as pervasively as in the heart. An astonishing, wise novel of our times' * Liz Jensen, author of The Ninth Life of Louis Drax *
'Tragic, wise, comic, profound ... An epic of the human heart struggling for meaning and redemption' * Literary Review *
'A moving love story woven from a delicate web of emotions ... remarkable' * Time Out *

Thomas E. Kennedy was born in New York. He has lived in Copenhagen for over two decades, and has worked, among other things, as a translator for Copenhagen's Rehabilitation Centre for Torture Victims. He is the author of eight novels, as well as several collections of short stories and essays, and has won numerous awards including the Eric Hoffer Award, the Pushcart Prize, the O. Henry Prize and the National Magazine Award. He teaches creative writing at Fairleigh Dickinson University, and is the father of two grown children who live in Denmark. In the Company of Angels was first published in Ireland in 2004, as Greene's Summer, to rapturous critical acclaim. It is one of four novels comprising the Copenhagen Quartet, and is the first of Kennedy's books to be published in the UK. Its simultaneous British-American publication by Bloomsbury marks the arrival of a hitherto undiscovered master.

GOR003071717
In the Company of Angels by Thomas E. Kennedy
Thomas E. Kennedy
Used - Very Good
Paperback
Bloomsbury Publishing PLC
2011-06-06
288
1408809842
9781408809846
N/A
Book picture is for illustrative purposes only, actual binding, cover or edition may vary.
This is a used book - there is no escaping the fact it has been read by someone else and it will show signs of wear and previous use. Overall we expect it to be in very good condition, but if you are not entirely satisfied please get in touch with us.