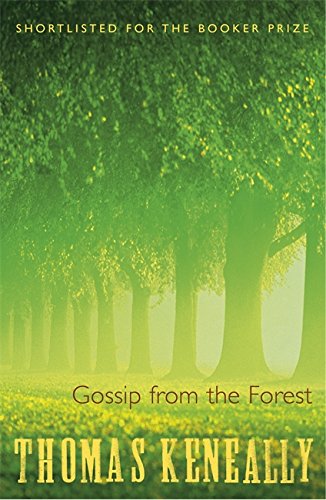 Gossip From the Forest
by Thomas Keneally

Gossip From the Forest Summary

Gossip From the Forest by Thomas Keneally

In November 1918, in a railway carriage in a forest near Paris, six men meet to negotiate an end to the terrible slaughter of the First World War. Threatened by famine and anarchy at home, the Germans struggle to mitigate the punishing terms offered by the Allies. But both sides are torn by battle exhaustion and a confusion that far exceed their national differences. In this riveting combination of history, speculation and rumour, Thomas Keneally recreates the personalities, ideals, prejudices, arguments and desperate measures that resulted in the armistice which would shape the future of Europe.

Four of Thomas Keneally's novels have been shortlisted for the Booker prize and SCHINDLER'S ARK (filmed by Steven Spielberg as Schindler's List) has sold more copies than any other Booker Prize-winner. He is also the author of several works of non-fiction, including THE PLACE WHERE SOULS ARE BORN, about the American Southwest.

BLOOD RED, SISTER ROSE; CONFEDERATES; THE PLAYMAKER; THE PLACE WHERE SOULS ARE BORN; A FAMILY MADNESS; TOWARDS ASMARA; WOMAN OF THE INNER SEA; JACKO; SCHINDLER'S LIST

*Part of the new Sceptre relaunch

(1)Shortlisted for the Booker Prize

(2) Publication will coincide with Keneally's new novel A RIVER TOWN and the paperback of JACKO.

(3) Author PR on publication. Keneally will be here to take part in the Sceptre promotion.

Gossip From the Forest Reviews

Extremely gripping, as well as important historical fiction * New Statesman *
As fiction it is absorbing and as history it achieves the kind of significance earned only by sympathy acting on deep knowledge...Keneally's book belongs...with those like Solzhenitsyn's AUGUST 1914, books that delineate the past in sympathetic depth and so urge the reader to enter it * New York Times Book Review *
I was intrigued, excited and sure that the vivid snapshots of private-versus-public emotion would coalesce into a moving, meaningful image * The Sunday Times *

GOR000938021
Gossip From the Forest by Thomas Keneally
Thomas Keneally
Used - Very Good
Paperback
Hodder & Stoughton General Division
1988-11-01
240
0340431040
9780340431047
N/A
Book picture is for illustrative purposes only, actual binding, cover or edition may vary.
This is a used book - there is no escaping the fact it has been read by someone else and it will show signs of wear and previous use. Overall we expect it to be in very good condition, but if you are not entirely satisfied please get in touch with us.