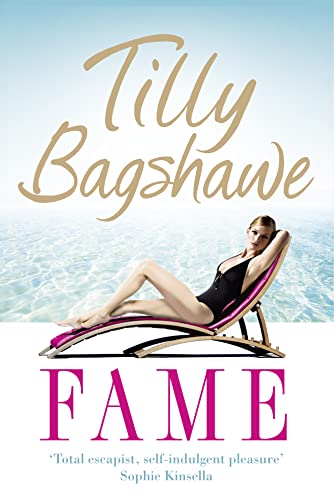 For the ultimate in glamour, it has to be Tilly Bagshawe. Perfect escapism for fans of Penny Vincenzi and Jilly Cooper.

For the ultimate in glamour, it has to be Tilly Bagshawe. Perfect escapism for fans of Penny Vincenzi and Jilly Cooper.

The must-read blockbuster for fans of Penny Vincenzi and Jilly Cooper.

Plucked from obscurity at the age of seventeen, Sabrina Leon is the new darling of the film scene, bagging lead roles in the hottest Hollywood movies. But a youtube sensation on the web is about to destroy everything she's fought for...

After a bitter feud with a rival producer, hotshot movie producer Dorian Razmirez has had the plug pulled on every project he goes near. Casting the disgraced Hollywood diva Sabrina Leon in Wuthering Heights is a risk that might cost him what remains of his career.

Newcomer Viorel Hudson, with his jet-black hair and high, slanting cheekbones has scored the role that every A-lister in Hollywood auditioned for - Heathcliff in Dorian Razmirez's Wuthering Heights. But is he ready for his latest role? For a five million pound pay cheque, it's a risk he's willing to take.

Set against the backdrop of a sumptuous English country house, the filmmakers are desperate for some on-screen chemistry - but it's off-camera that the sparks are really going to fly....

`It's a very naughty, fast-paced romp... with lashings of sex' News of the World

Tilly Bagshawe is the internationally bestselling author of seven previous novels. A teenage single mother at 17, Tilly won a place at Cambridge University and took her baby daughter with her. She went on to enjoy a successful career in The City before becoming a writer. As a journalist, Tilly contributed regularly to the Sunday Times, Daily Mail and Evening Standard before following in the footsteps of her sister Louise and turning her hand to novels.
Tilly's first book, Adored, was a smash hit on both sides of the Atlantic and she hasn't looked back since. Tilly and her family divide their time between their homes in Kensington and Los Angeles and their beach house on Nantucket Island.

GOR002796168
Fame by Tilly Bagshawe
Tilly Bagshawe
Used - Very Good
Paperback
HarperCollins Publishers
2011-05-26
560
0007326521
9780007326525
N/A
Book picture is for illustrative purposes only, actual binding, cover or edition may vary.
This is a used book - there is no escaping the fact it has been read by someone else and it will show signs of wear and previous use. Overall we expect it to be in very good condition, but if you are not entirely satisfied please get in touch with us.