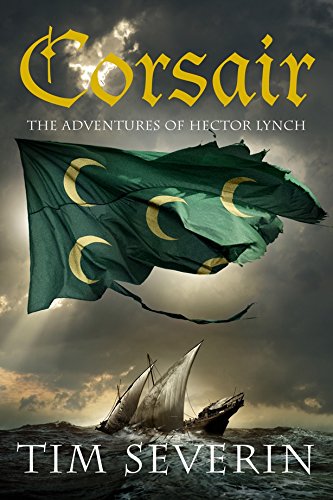 In Stock
£4.49
The master storyteller of VIKING returns with an action-packed swashbuckling pirate adventure
Very Good
Only 3 left

1677, on a late summer's evening two ships lurk off the coast of southwest Ireland. They are Barbary corsairs from North Africa, slave catchers. As soon as it is dark, their landing parties row ashore to raid a small fishing village - on the hunt for fresh prey . . .

In the village, seventeen-year-old Hector Lynch wakes to the sound of a pistol shot. Moments later he and his sister Elizabeth are taken prisoner. From then on Hector's life plunges into a turbulent and lawless world that is full of surprises. Separated from Elizabeth, he is sold to the slave market of Algiers, where he survives with the help of his newfound friend Dan, a Miskito Indian from the Caribbean.

The two men convert to Islam to escape the horrors of the slave pens, only to become victims of the deadly warfare of the Mediterranean. Serving aboard a Turkish corsair ship, their vessel is sunk at sea and they find themselves condemned to the oar as galley slaves for France. Driven by his quest to find his sister, Hector finally stumbles on the chilling truth of her fate when he and Dan are shipwrecked on the coast of Morocco . . .

Tim Severin, explorer, traveller, author, film-maker and lecturer has made many expeditions, most recently in search of Moby Dick and Robinson Crusoe, and has written books about all of them. He made his historical fiction debut with the hugely successful VIKING series. CORSAIR is his first Hector Lynch novel.

GOR000451679
Corsair by Tim Severin
Tim Severin
Pirate
Used - Very Good
Paperback
Pan Macmillan
2008-01-04
368
0330443135
9780330443135
N/A
Book picture is for illustrative purposes only, actual binding, cover or edition may vary.
This is a used book - there is no escaping the fact it has been read by someone else and it will show signs of wear and previous use. Overall we expect it to be in very good condition, but if you are not entirely satisfied please get in touch with us.