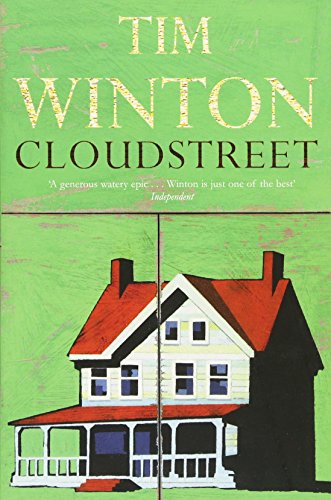 `A fragmented, hilarious, crude, mystical soap opera. In a rich Australian idiom, Winton lets his characters rip against an evocation of Perth so intense you can smell it' Sunday Telegraph

Cloudstreet - a broken-down house of former glories on the wrong side of the tracks, a place teeming with memories of its own, a place of shudders and shadows and spirits.

From separate catastrophes, two families flee to the city and find themselves sharing this great sighing structure and beginning their lives again from scratch. Together they roister and rankle in a house that begins as a roof over their heads and becomes a home for their hearts.

In this fresh, funny novel, full of wonder and dreams, Tim Winton weaves the threads of lifetimes, of twenty years of shouting and fighting, laughing and grafting, into a story about acceptance and belonging.

Tim Winton has published over twenty books for adults and children, and his work has been translated into many different languages. Since his first novel, An Open Swimmer, won the Australian/Vogel Award in 1981, he has won the Miles Franklin Award four times (for Shallows, Cloudstreet, Dirt Music and Breath) and twice been shortlisted for the Booker Prize (for The Riders and Dirt Music). Active in the environmental movement, he is the Patron of the Australian Marine Conservation Society. He lives in Western Australia.

GOR001196545
Cloudstreet by Tim Winton
Tim Winton
Used - Very Good
Paperback
Pan Macmillan
1998-01-03
448
0330322699
9780330322690
N/A
Book picture is for illustrative purposes only, actual binding, cover or edition may vary.
This is a used book - there is no escaping the fact it has been read by someone else and it will show signs of wear and previous use. Overall we expect it to be in very good condition, but if you are not entirely satisfied please get in touch with us.