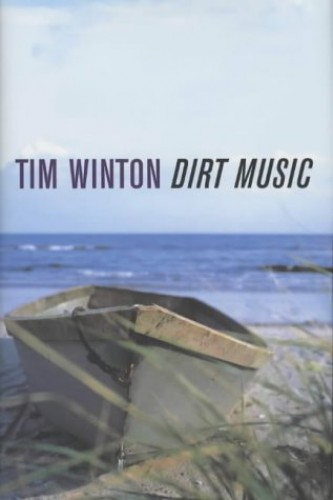 In Stock
£5.99
In prose as haunting and beautiful as its setting, Dirt Music confirms Tim Winton's status as one of the finest novelists of his generation.
Very Good Good
Only 2 left

Georgie Jutland is a mess. At forty, with her career in ruins, she finds herself stranded in White Point with a fisherman she doesn't love and two kids whose dead mother she can never replace. Her days have fallen into domestic tedium and social isolation. Her nights are a blur of vodka and pointless loitering in cyberspace. Leached of all confidence, Georgie has lost her way; she barely recognises herself.

One morning, in the boozy pre-dawn gloom, she looks up from the computer screen to see a shadow lurking on the beach below, and a dangerous new element enters her life. Luther Fox, the local poacher. Jinx. Outcast.

So begins an unlikely alliance. Set in the wild landscape of Western Australia, this is a novel about the odds of breaking with the past, a love story about people stifled by grief or regret, whose dreams are lost, whose hopes have dried up. It's a journey across landscapes within and without, about the music that sometimes arises from the dust.

Set in the wild landscape of Western Australia, Dirt Music is a captivating love story of grief, regret and lost dreams, from the author of the Booker short-listed The Riders.

Tim Winton has published over twenty books for adults and children, and his work has been translated into many different languages. Since his first novel, An Open Swimmer, won the Australian/Vogel Award in 1981, he has won the Miles Franklin Award four times (for Shallows, Cloudstreet, Dirt Music and Breath) and twice been shortlisted for the Booker Prize (for The Riders and Dirt Music). Active in the environmental movement, he is the Patron of the Australian Marine Conservation Society. He lives in Western Australia.

GOR000528969
Dirt Music by Tim Winton
Tim Winton
Used - Very Good
Hardback
Pan Macmillan
2002-05-24
480
0330490249
9780330490245
Short-listed for Man Booker Prize 2002 (UK)
Book picture is for illustrative purposes only, actual binding, cover or edition may vary.
This is a used book - there is no escaping the fact it has been read by someone else and it will show signs of wear and previous use. Overall we expect it to be in very good condition, but if you are not entirely satisfied please get in touch with us.