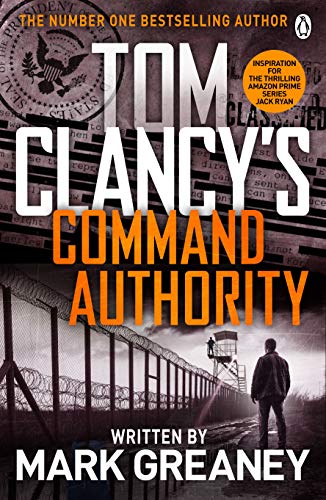 Used Price
£4.49
New RRP £9.99
Free Shipping in the UK
Decades ago, when he was a young CIA analyst, President Jack Ryan, Sr was sent on what was supposed to be a simple support mission to investigate the death of an operative who had been looking into suspicious banking activities at a Swiss bank.
Reviews:
Trustpilot
Good

Decades ago, as a young CIA analyst, President Jack Ryan, Sr. inadvertently uncovered the existence of a KGB assassin, code-named Zenith. He never found the killer.

In the present, President Valeri Volodin has risen to power in the Russian republic. But the foundations of his empire are built on a bloody secret from the past, and he'll eliminate anyone who comes close to that truth.

When an old friend of the Ryans is poisoned by a radioactive agent, the trail leads to Russia. And for Jack Ryan, Jr. it's time to finish what his father started . . .

'Exhilarating. No other novelist is giving so full a picture of modern conflict' Sunday Times

'The inventor of the techno-thriller' Daily Telegraph

There's hardly another thriller writer alive who can fuel an adrenaline surge the way Clancy can * Daily Mail *
Exhilarating. No other novelist is giving so full a picture of modern conflict * Sunday Times *
The inventor of the techno-thriller * Daily Telegraph *

Tom Clancy (Author)
Thirty years ago Tom Clancy was a Maryland insurance broker with a passion for naval history. But he had always dreamed of writing a novel, and his first effort, The Hunt for Red October, catapulted on to the New York Times bestseller list. From that day forward, Clancy established himself as an undisputed master at blending exceptional realism and authenticity, intricate plotting, and razor-sharp suspense. He passed away in October 2013.

Mark Greaney (Author)
Mark Greaney is the co-author of three Number One Sunday Times bestellers with Tom Clancy: Locked On, Threat Vector and Command Authority. In his research for these novels, Greaney travelled to seven countries and trained alongside military and law enforcement in the use of firearms, battlefield medicine and close-range combat tactics. He now writes for the Tom Clancy series of novels alongside Grant Blackwood. He lives in Memphis, Tennessee.

GOR006144424
Command Authority: INSPIRATION FOR THE THRILLING AMAZON PRIME SERIES JACK RYAN by Tom Clancy
Tom Clancy
Jack Ryan
Used - Good
Paperback
Penguin Books Ltd
2014-09-24
784
0718179226
9780718179229
N/A
Book picture is for illustrative purposes only, actual binding, cover or edition may vary.
The book has been read but remains in clean condition. All pages are intact and the cover is intact. Some minor wear to the spine.