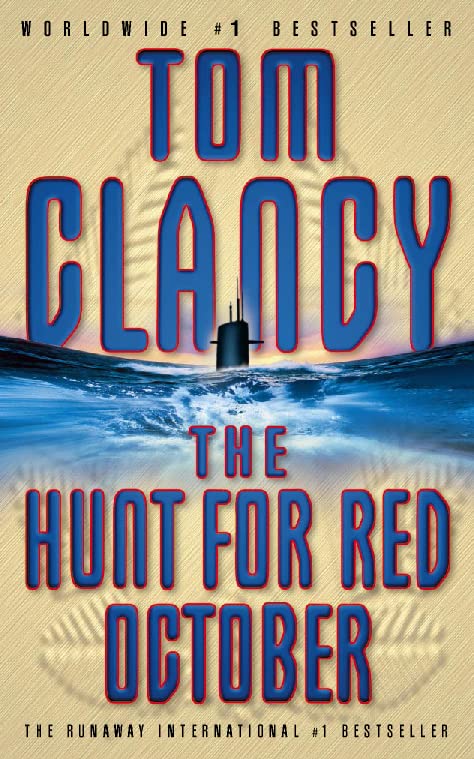 The Hunt for Red October
by Tom Clancy

The Hunt for Red October Summary

The Hunt for Red October by Tom Clancy

Silently, beneath the chill Atlantic waters, Russia's ultra-secret missile submarine, the Red October, is heading west. The Americans want her. The Russians want her back. With all-out war only seconds away, the superpowers race across the ocean on the most desperate mission of a lifetime. The most incredible chase in history is on... The Hunt for Red October... the classic story of a spellbinding battle of nerves, above and below the waves, unrivalled in its authenticity and breath-stopping suspense.

The Hunt for Red October Reviews

From the reviews of The Hunt for Red October:

`The Pentagon almost exploded when this book was published' Daily Telegraph

`Gripping narrative ... navy buffs and thriller adepts have been mesmerised by the story of Soviet submarine captain Marko Ramius, who seeks to defect to the US, bringing a billion-dollar submarine with him' Time Magazine

Since the publication of The Hunt for Red October, Tom Clancy has established an unrivalled position as the world's leading thriller writer, with a string of million-selling novels and three major Hollywood films to his name. He is also the author of SSN and the non-fiction books Submarine, Armoured Warfare, Fighter Wing and Marine, and the co-creator of the Op-Centre series.

GOR000548071
The Hunt for Red October by Tom Clancy
Tom Clancy
Used - Very Good
Paperback
HarperCollins Publishers
1986-04-08
560
0006172768
9780006172765
N/A
Book picture is for illustrative purposes only, actual binding, cover or edition may vary.
This is a used book - there is no escaping the fact it has been read by someone else and it will show signs of wear and previous use. Overall we expect it to be in very good condition, but if you are not entirely satisfied please get in touch with us.