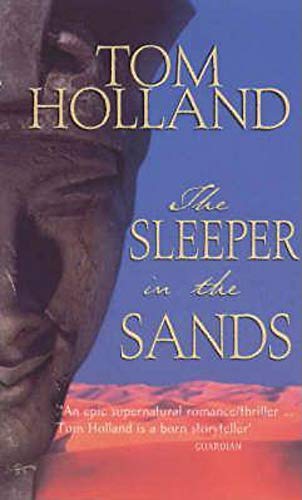 The Sleeper In The Sands
by Tom Holland

The Sleeper In The Sands Summary

The Sleeper In The Sands by Tom Holland

Egypt, 1922: the Valley of the Kings. After years of fruitless labour, the archaeologist Howard Carter discovers a mysterious tomb, sealed and marked with a terrible curse. But what is the nature of the tomb's deadly secret? And what is the web of strange connections spreading back through millennia, to the very heart of Egypt's fabulous past? In a glorious Arabian Nightmare of lost cities, treacherous priests and daring archaeologists, an ancient civilisation shimmers into life; colourful, magical, and unutterably strange.

'True adventure stories are all too scarce nowadays. And adventure stories that have the capacity to make the reader think and wonder are an even rarer commodity. Tom Holland's latest novel manages both with tremendous verve ... a galloping page-turner' DAILY TELEGRAPH

The Sleeper In The Sands Reviews

Holland is a literary excavator, stripping away layer after layer of history and legend... * OBSERVER *
If you have a yearning for the arcane and the unusual this is a novel to read into the wee small hours. * HISTORICAL NOVEL REVIEW *
An exciting tale and an enjoyable Arabian nightmare. * LITERARY REVIEW *

Tom Holland was brought up near Salisbury and now lives with his wife and baby daughter in Brixton, South London. He has written extensively for radio as well as writing five other novels. He is currently at work on a new novel, THE BONE HUNTER, which will be published by Little, Brown in 2000.

GOR002332600
The Sleeper In The Sands by Tom Holland
Tom Holland
Used - Well Read
Paperback
Little, Brown Book Group
1999-11-04
448
0349112231
9780349112237
N/A
Book picture is for illustrative purposes only, actual binding, cover or edition may vary.
This is a used book. We do our best to provide good quality books for you to read, but there is no escaping the fact that it has been owned and read by someone else previously. Therefore it will show signs of wear and may be an ex library book.