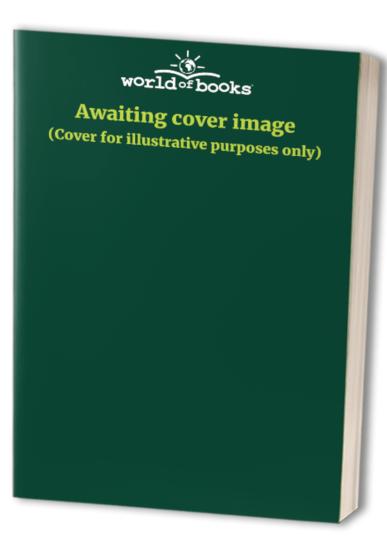 The Midden
by Tom Sharpe

In Stock
£3.99
The Chief Constable has just survived charges of bribery and perjury and is not too concerned that his efforts to dispose of Timothy involve false imprisonment, breaking and entering, and a spot of GBH.
Very Good
7 in stock

The Midden by Tom Sharpe

Timothy Brights doesn't exactly live up to his name. Brought up to regard copious flows of money as his birthright, he can't understand why the funds have been cut off, nor why friends he recruited as Lloyds' Names no longer want to talk to him. When gambling fails, Timothy turns to embezzlement, but it's the lesser offence of helping himself to some strangely aromatic tobacco that propels him up the motorway and into bed with the Chief Constable's wife. The Chief Constable has just survived charges of bribery and perjury and is not too concerned that his efforts to dispose of Timothy involve false imprisonment, breaking and entering, and a spot of GBH. It is only when the Chief tries to frame his old adversary, the upright Miss Midden, that things begin to go seriously wrong as his underhand ploy opens up the way to spectacular mayhem.

"Can a book be too funny? Tom Sharpe's [The Midden] might just be. Too much laughing is required..." * New York Times *
"One of our best contemporary comic writers- very, very funny" * Birmingham Evening Mail *
"A major craftsman in the art of farce" * Evening Standard *
"He is funny, bitter, a danger to his public and should be applauded wildly by all right-thinking men and women" * Listener *
"There is almost no one funnier" * Observer *

Tom Sharpe was born in 1928 and educated at Lancing College and Pembroke College, Cambridge. He did his national service in the Marines before going to South Africa in 1951, where he did social work before teaching in Natal. He had a photographic studio in Pietermaritzburg from 1957 until 1961, and from 1963 to 1972 he was a lecturer in History at the Cambridge College of Arts and Technology. He is the author of sixteen bestselling novels, including Porterhouse Blue and Blott on the Landscape which were serialised on television, and Wilt which was made into a film. In 1986 he was awarded the XXIIIeme Grand Prix de l'Humour Noir Xavier Forneret and in 2010 he received the inaugural BBK La Risa de Bilbao Prize. Tom Sharpe died in June 2013 at his home in northern Spain.

GOR001209303
The Midden by Tom Sharpe
Tom Sharpe
Used - Very Good
Paperback
Cornerstone
2004-04-01
352
0099466538
9780099466536
N/A
Book picture is for illustrative purposes only, actual binding, cover or edition may vary.
This is a used book - there is no escaping the fact it has been read by someone else and it will show signs of wear and previous use. Overall we expect it to be in very good condition, but if you are not entirely satisfied please get in touch with us.