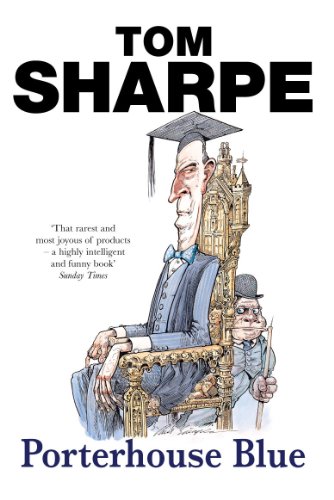 In Stock
£8.99
Porterhouse College is world renowned for its gastronomic excellence, the arrogance of its Fellows, its academic mediocrity and the social cache it confers on the athletic sons of country families.
New£8.99
5 in stock

Porterhouse College is world renowned for its gastronomic excellence, the arrogance of its Fellows, its academic mediocrity and the social cache it confers on the athletic sons of country families. Sir Godber Evans, ex-Cabinet Minister and the new Master, is determined to change all this. Spurred on by his politically angular wife, Lady Mary, he challenges the established order and provokes the wrath of the Dean, the Senior Tutor, the Bursar and, most intransigent of all, Skullion the Head Porter - with hilarious and catastrophic results.

"Terrific. It is light years since I read anything so original ... (the) character drawing is wonderful ... a very good book" -- P.G. Wodehouse
"A toppling house of comic cards that knock you flat. He is the funniest author to have emerged for years" * Observer *
"Chuckling good fun, a glorious romp" * Sunday Express *
"This supremely entertaining book is guaranteed to make you laugh" * Books & Bookmen *
"Tom Sharpe makes me laugh loud and long ... He offers so much to delight in" -- Ion Trewin * The Times *