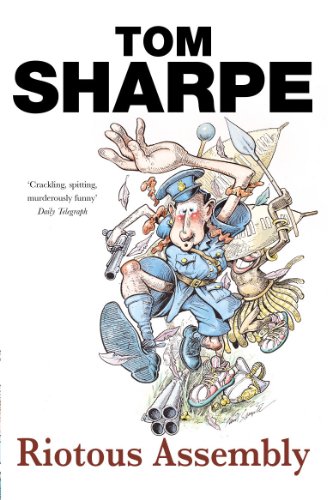 Used Price
£5.79
New RRP £8.99
Free Shipping in the UK
When Miss Hazelstone of Jacaranda Park kills her Zulu cook in a sensational crime passionel, the gallant members of the South African police force are soon on the scene: Kommandant van Heerden, whose secret longing for the heart of an English gentleman leads to the most memorable transplant operation yet recorded;
Reviews:
Trustpilot
Like New Very Good Good Well Read

When Miss Hazelstone of Jacaranda Park kills her Zulu cook in a sensational crime passionel, the gallant members of the South African police force are soon on the scene: Kommandant van Heerden, whose secret longing for the heart of an English gentleman leads to the most memorable transplant operation yet recorded; Luitenant Verkramp of the Security Branch, ever active in the pursuit of Communist cells; Konstabel Els, with his propensity for shooting first and not thinking later - and also for forcing himself upon African women in a manner legally reserved for male members of their own race. In the course of the strange events which follow, we encounter some very esoteric perversions when the Kommandant is held captive in Miss Hazelstone's remarkable rubber room; and some even more amazing perversions of justice when Miss Hazelstone's brother, the Bishop of Barotseland, is sentenced to be hanged on the ancient gallows in the local prison. Not a 'political' novel in any previously imagined sense, Riotous Assembly provided a completely fresh approach to the South African scene - an approach startling in its deadpan savagery and yet also outrageously funny.

"The funniest writer now working in the English language . . . His humour has bite and an angry underside that puts him in the great tradition of English satirists" -- Stephen King
"Riotous Assembly is a masterpiece of black farce, and makes me suppose that there is a true comic genius here" -- Auberon Waugh * Spectator *
"Savagely hilarious" * Sunday Mirror *
"Riotous Assembly has done to the South African police what Catch-22 did to the American Air Force" -- Piers Brendon * Books & Bookmen *

GOR010502063
Riotous Assembly by Tom Sharpe
Tom Sharpe
Used - Like New
Paperback
Cornerstone
2002-11-07
320
0099435454
9780099435457
N/A
Book picture is for illustrative purposes only, actual binding, cover or edition may vary.
The book has been read, but looks new. The book cover has no visible wear, and the dust jacket is included if applicable. No missing or damaged pages, no tears, possible very minimal creasing, no underlining or highlighting of text, and no writing in the margins.