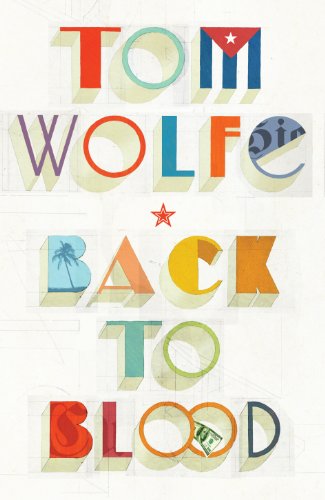 Back to Blood
by Tom Wolfe

In Stock
£4.99
As a police launch speeds across Miami's Biscayne Bay - with officer Nestor Camacho on board - Tom Wolfe is off and running.
Good
Only 1 left

Back to Blood Summary

Back to Blood by Tom Wolfe

Back to Blood Reviews

"Tom Wolfe...remains The Dude when it comes to surveying the crazed, bracing absurdities of our national life... Back to Blood is marked by both Wolfe's stylistic freneticim and his formidable reportorial gifts... Beginning his ninth decade, Tom Wolfe has brio to burn." -- Douglas Kennedy * The Times *
"If this novel were rushed into A&E, it would immediately be put under heavy sedatipm." -- Peter Kemp * Sunday Times *
"Back to Blood dazzles so much that you might want to read it through dark glasses. In terms of scale, setting and purpose, we are very much back in Bonfire." -- Simon O'Hagan * Independent on Sunday *
"Tom Wolfe returns with a thunderous thwack, fizzing outrageously at the age of 81 with a slipstreamed comet of a novel... All Human Life is Here!... It's even better than his great hit The Bonfire of the Vanities. Unmissable stuff." -- Tom Adair * Scotsman *
"This is an exhilarating novel... The satire is scalpel-like and very funny." -- Wynn Wheldon * Spectator *

Tom Wolfe (1930-2018) was the author of more than a dozen books, among them The Electric Kool-Aid Acid Test, The Right Stuff, The Bonfire of the Vanities, A Man in Full, I Am Charlotte Simmons and Back to Blood. He received the National Book Foundation's 2010 Medal for Distinguished Contribution to American Letters.