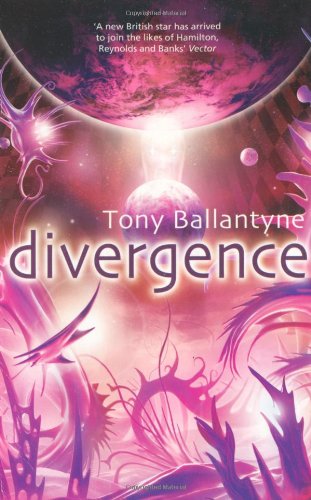 Out of Stock
£5.49
In a far-distant future beleaguered by an intelligent virus, a lone woman inherits a mission of destruction that could jeopardise everything she knows
Very Good
Only 0 left

The robot Constantine notices an Artificial Intelligence spontaneously coming into being on a distant planet . . . and watches helplessly as it is destroyed.

In deep space, far from Earth, Judy senses a change of mood aboard the passenger ship she travels on . . . and a quick investigation reveals that the craft is succumbing to a mysterious alien infestation.

Just as hope seems lost, a group of combat drones appears to rescue all the passengers, except Judy - who is told she is the property of a forgotten mega-corporation based on Earth.

Returned against her wishes to an Earth under constant assault from the same alien infestation, Judy begins to learn her place in a conspiracy billions of years old.

But is she ready to take on the benign, omnipotent, all-seeing Watcher who guides human destiny?

"Ballantyne handles an intricate future skillfully and oddly hopefully ... maintaining a fine balance between good characterization and a fast-paced plot."--"Booklist"

Tony Ballantyne has contributed regularly to SF magazines, and lives in the Manchester area.

GOR001156376
Divergence by Tony Ballantyne
Tony Ballantyne
Used - Very Good
Paperback
Pan Macmillan
2008-03-07
432
0330446517
9780330446518
N/A
Book picture is for illustrative purposes only, actual binding, cover or edition may vary.
This is a used book - there is no escaping the fact it has been read by someone else and it will show signs of wear and previous use. Overall we expect it to be in very good condition, but if you are not entirely satisfied please get in touch with us.