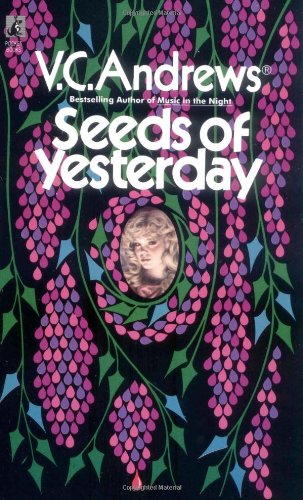 In Stock
£2.99
Despite the painful memories of the original Foxworth Hall, Cathy and Chris move into the reconstructed Foxworth Hall, which has been left to her second son, Bart.
Very Good Good
Only 1 left

The final, haunting novel, in the extraordinary story that has enthralled millions!

The horror began with "Flowers in the Attic", the terrifying tale of four innocent children locked away from the world by a cruel mother.

The shocking fury continued with "Petals on the Wind" and "If There be Thorns". Now V.C. Andrews has created the last dark chapter in the strange, chilling tale of passion and peril.

GOR001139327
Seeds of Yesterday by V. C Andrews
V. C Andrews
Used - Very Good
Paperback
Simon & Schuster
1995-10-31
408
0671729489
9780671729486
N/A
Book picture is for illustrative purposes only, actual binding, cover or edition may vary.
This is a used book - there is no escaping the fact it has been read by someone else and it will show signs of wear and previous use. Overall we expect it to be in very good condition, but if you are not entirely satisfied please get in touch with us.