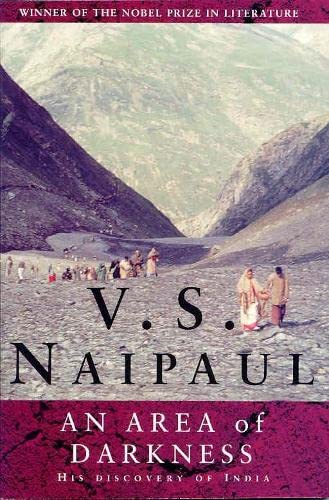 An Area of Darkness
by V. S. Naipaul

Out of Stock
£3.29
A luminous and challenging work of autobiographical travel writing.
Very Good Good
Only 0 left

An Area of Darkness Summary

An Area of Darkness by V. S. Naipaul

AN AREA OF DARKNESS is V.S. Naipaul's semi-autobiographical account - at once painful and hilarious, always concerned - of his first visit to India, the land of his forbears. From the moment of his inauspicious arrival in Prohibition-dry Bombay, bearing whisky and cheap brandy, he began to experience a sense of cultural estrangement from the subcontinent. It became for him a land of myths, an area of darkness closing up behind him as he travelled . . .

The experience was not a pleasant one, but the pain the author suffered was creative rather than numbing, and engendered a masterful work of literature that is by turns tender, lyrical, explosive and cruel. With spectacular narrative skill, Naipaul provides a revelation both of India and of himself: a displaced person who paradoxically possesses a stronger sense of place than almost anyone.

'A masterpiece of travel-writing' Paul Theroux

An Area of Darkness Reviews

GOR001217823
An Area of Darkness by V. S. Naipaul
V. S. Naipaul
Used - Very Good
Paperback
Pan Macmillan
2002-05-10
304
0330487167
9780330487160
N/A
Book picture is for illustrative purposes only, actual binding, cover or edition may vary.
This is a used book - there is no escaping the fact it has been read by someone else and it will show signs of wear and previous use. Overall we expect it to be in very good condition, but if you are not entirely satisfied please get in touch with us.