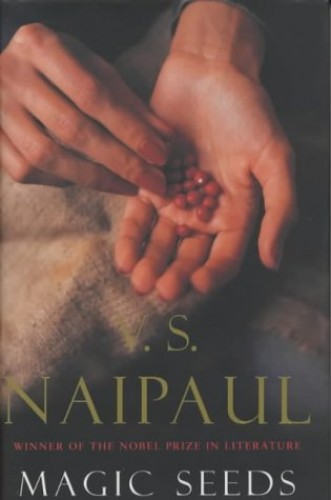 In Stock
£4.99
From V.S Naipaul-a spare, searing new novel about identity and idealism, and their ability to shape or destroy us.
Very Good
Only 1 left

Willy Chandran-whom we first met in Half a Life-is a man who has allowed one identity after another to be thrust upon him. Now, in his early 40s, after a peripatetic life, he succumbs to the demanding encouragement of his sister-and his own listlessness-and joins an underground movement in India ostensibly devoted to unfettering the lower castes. But seven years of revolutionary campaigns and several years in jail convince him that the revolution "had nothing to do with the village people we said we were fighting for," and he feels himself further than ever "from his own history and...from the ideas of himself that might have come to him with that history." When he returns to England where, 30 years before, his psychological and physical wanderings began, he finds the fruit of another unexpected social revolution (more magic seeds), and he comes to see himself as a man "serving an endless prison sentence"-a revelation that may finally release him into his true self.

Magic Seeds is a masterpiece, written with all the depth and resonance, the clarity of vision and precision of language that are the hallmarks of this brilliant writer.

"When Naipaul talks, we listen."
--"The Atlantic Monthly
Praise for "Half a Life:
"Naipaul is a master of English prose and the prose of Half a Life is as clean and cold as a knife."
--J. M. Coetzee, winner of the Nobel Prize
"Here, sentence by sentence, is the consummate craftsmanship, the perception, the precision, the style."
--"The Globe and Mail

"From the Hardcover edition.