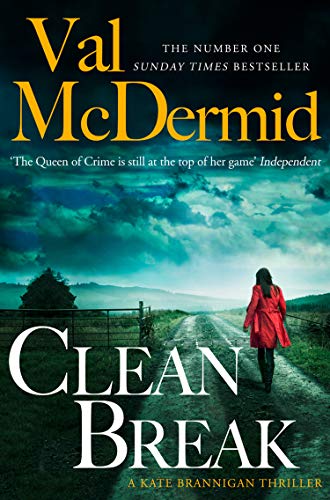 The fourth riveting thriller in the Kate Brannigan series, from No.1 Sunday Times bestseller Val McDermid.

The fourth riveting thriller in the Kate Brannigan series, from No.1 Sunday Times bestseller Val McDermid.

When a Monet is stolen from a stately home, Manchester-based private eye Kate Brannigan goes head to head with organized crime as she hunts the thieves through Europe.

Meanwhile, someone is leaving a trail of bodies across the Northwest. As Kate confronts some harsh truths in her own life, the case stretches her love and loyalty to its limits.

GOR010547555
Clean Break (PI Kate Brannigan, Book 4) by Val McDermid
Val McDermid
PI Kate Brannigan
Used - Like New
Paperback
HarperCollins Publishers
2019-11-28
352
0008344922
9780008344924
N/A
Book picture is for illustrative purposes only, actual binding, cover or edition may vary.
The book has been read, but looks new. The book cover has no visible wear, and the dust jacket is included if applicable. No missing or damaged pages, no tears, possible very minimal creasing, no underlining or highlighting of text, and no writing in the margins.