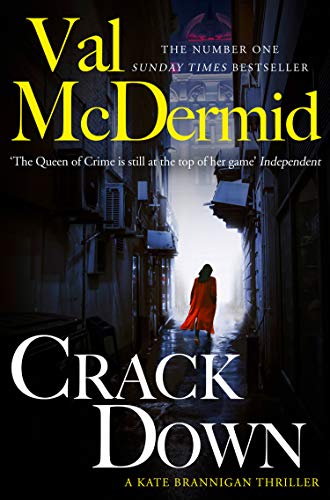 Crack Down
by Val McDermid

The third stunning thriller in the Kate Brannigan series, from No.1 Sunday Times bestseller Val McDermid.

The third stunning thriller in the Kate Brannigan series, from No.1 Sunday Times bestseller Val McDermid.

Manchester-based private eye Kate Brannigan thought it would be safe to let her boyfriend help out with her investigation. But now he's behind bars and she's been left caring for his eight-year-old son.

Soon Kate finds herself drawn into the world of drug traffickers, child pornographers, and violent gangland enforcers - bringing her face to face with death in the most terrifying investigation of her career.

'Tough, funny and intensely topical. McDermid stands out as one of the few contemporary writers actually nourished by the here and now'
Literary Review

'Fast, fluently told story: Kate is as tough as Warshawski but less hung up on political correctness'
Daily Mail

GOR010353431
Crack Down (PI Kate Brannigan, Book 3) by Val McDermid
Val McDermid
PI Kate Brannigan
Used - Very Good
Paperback
HarperCollins Publishers
2019-11-14
320
0008344914
9780008344917
N/A
Book picture is for illustrative purposes only, actual binding, cover or edition may vary.
This is a used book - there is no escaping the fact it has been read by someone else and it will show signs of wear and previous use. Overall we expect it to be in very good condition, but if you are not entirely satisfied please get in touch with us.