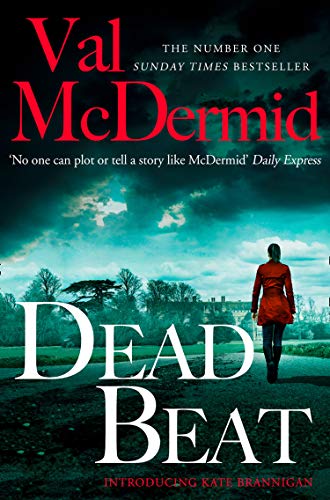 Introducing Kate Brannigan, Manchester's most-loved private detective - a woman who won't take no for an answer.

As a favour, Kate agrees to track down a missing songwriter, Moria Pollock. It was supposed to be a nice simple case, but the search soon leads Kate into the dark underworld of Leeds, Manchester and Bradford - and finally to a shocking confrontation with a killer...

'Solid pleasure... this moves along with the speed of a Porsche, so smooth you can almost kid yourself you haven't been sitting on the edge of your seat throughout'
Mail on Sunday

'Zippy action, a well-crafted plot and some refreshingly gritty northern truths'
The Times

GOR010404180
Dead Beat (PI Kate Brannigan, Book 1) by Val McDermid
Val McDermid
PI Kate Brannigan
Used - Very Good
Paperback
HarperCollins Publishers
2019-11-14
288
0008344892
9780008344894
N/A
Book picture is for illustrative purposes only, actual binding, cover or edition may vary.
This is a used book - there is no escaping the fact it has been read by someone else and it will show signs of wear and previous use. Overall we expect it to be in very good condition, but if you are not entirely satisfied please get in touch with us.