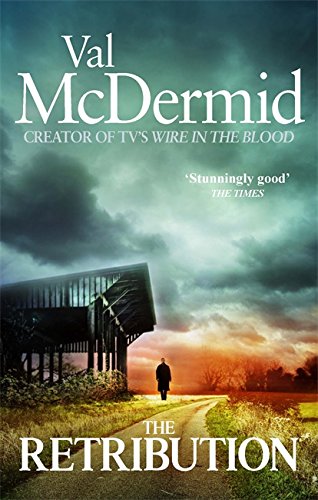 The Retribution
by Val McDermid

The Retribution by Val McDermid

'Brilliant . . . sensational . . . unforgettable' Guardian
'The queen of crime is still at the top of her game' Independent

And now Jacko is back in Tony's life. Even more twisted and cunning than ever before, he is focused on wreaking revenge on Tony - and DCI Carol Jordan - for the years he has spent in prison.

Tony doesn't know when Jacko will strike, or where. All he knows is that Jacko will cause him to feel fear like he has never known before - and devastate his life in ways he cannot imagine...

The seventh book in the Tony Hill and Carol Jordan series, from No. 1 bestselling author Val McDermid

It's perhaps fitting that for McDermid's 25th novel she's revisited her most thrillingly murderous creation, Jacko Vance * Daily Mirror *
Val McDermid's 25th novel is stunningly good, but it comes with a health warning. It is truly disturbing * The Times *
McDermid never pulls her punches in her graphic descriptions of the evils men (and women) inflict on each other...tension filled from start to finish * Irish Independent *
Her writing is taut, her plotting pacy... McDermid is particularly good at analysing human damage and its effects * Scotsman *
To write one brilliant book is hard. To write 25 is a miracle. That is what Val McDermid has achieved over the course of her career and it's why she is a much-loved legend in the literary world...the pace here is flawless and the various storylines are expertly interwoven...a superb crime novel * Sunday Express *
Brilliant ... sensational ...unforgettable * Guardian *
It's a tribute to McDermid's skill as a storyteller that she deliberately creates a trio of central characters who are essentially incapable of conventional empathy yet still manages to sustain reader sympathy right through to the coldly brutal finale * Irish Times *
McDermid has pulled out all the stops, delivering a fast-moving tale * Herald *

GOR003535316
The Retribution by Val McDermid
Val McDermid
Tony Hill and Carol Jordan
Used - Very Good
Paperback
Little, Brown Book Group
2012-02-16
512
0751546054
9780751546057
Short-listed for Portico Prize 2012 (UK) Long-listed for Green Carnation Prize 2011 (UK) Long-listed for Theakston's Old Peculier Crime Novel of the Year 2012 (UK)
Book picture is for illustrative purposes only, actual binding, cover or edition may vary.
This is a used book - there is no escaping the fact it has been read by someone else and it will show signs of wear and previous use. Overall we expect it to be in very good condition, but if you are not entirely satisfied please get in touch with us.