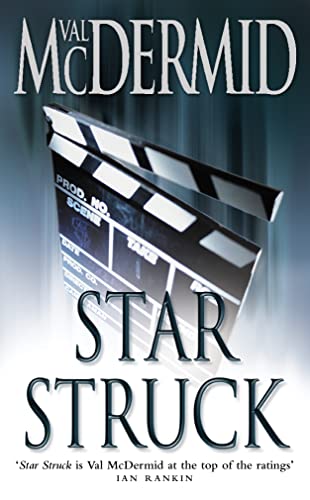 Bodyguarding had never made it to Manchester PI Kate Brannigan's wish list. But somebody's got to pay the bills at Brannigan & Co, and if the only earner on offer is playing nursemaid to a paranoid soap star, the fast-talking computer-loving white collar crime expert has to swallow her pride and slip into something more glam than her Thai boxing kit.

Then offstage dramas threaten to overshadow the fictional storylines till the unscripted murder of the self-styled `Seer to the Stars' stops the show,
leaving Kate with more questions than answers.

And you just can't get the help these days. Her process server keeps getting arrested; her tame hacker has found virtual love; her best friend is besotted with baby; and the normally reliable Dennis has had the temerity to get himself arrested for murder as a result of his latest dodgy business venture. Nobody told her there'd be days like these...

GOR000506994
Star Struck (PI Kate Brannigan, Book 6) by Val McDermid
Val McDermid
PI Kate Brannigan
Used - Very Good
Paperback
HarperCollins Publishers
1999-01-26
368
0006498329
9780006498322
N/A
Book picture is for illustrative purposes only, actual binding, cover or edition may vary.
This is a used book - there is no escaping the fact it has been read by someone else and it will show signs of wear and previous use. Overall we expect it to be in very good condition, but if you are not entirely satisfied please get in touch with us.