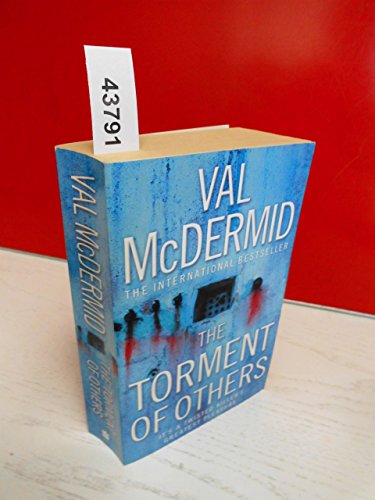 The Torment of Others
by Val McDermid

The Torment of Others Summary

The Torment of Others (Tony Hill and Carol Jordan, Book 4) by Val McDermid

For some, there is nothing so sweet, so thrilling, as the torment of others ...

A dead girl lies on a blood-soaked mattress, her limbs spread in a parody of ecstasy. The scene matches a series of murders which ended when irrefutable forensic evidence secured the conviction of one Derek Tyler. But Tyler's been locked up in a mental institution for two years, barely speaking a word - except to say that 'the Voice' told him to do it.

Top criminal psychologist Dr Tony Hill is prepared to think the unthinkable - this is not a copycat murder but something much stranger. While DCI Carol Jordan and her team mount a desperate and dangerous undercover police operation to trap the murderer, Hill heads towards a terrifying face-off with one of the most perverse killers he has ever encountered...

The Torment of Others Reviews

`One of McDermid's finest, which is saying a lot' The Times

`An especially taut and inventive thriller. This is McDermid on top form' Daily Mail

'Serial killers are thankfully rare. It is a tribute to the power of Val McDermid's imagination that she made this one seem so believable' Daily Telegraph

`No one compares to McDermid' Guardian

'Val McDermid is an intelligent, supremely talented novelist and with this latest tale, she is writing at the height of her power. Utterly compelling' Glasgow Herald

GOR003300389
The Torment of Others (Tony Hill and Carol Jordan, Book 4) by Val McDermid
Val McDermid
Tony Hill and Carol Jordan
Used - Very Good
Paperback
HarperCollins Publishers
2005-03-07
576
B002NCGPWA
9780007142903
Winner of Theakston's Old Peculier Crime Novel of the Year 2006
Book picture is for illustrative purposes only, actual binding, cover or edition may vary.
This is a used book - there is no escaping the fact it has been read by someone else and it will show signs of wear and previous use. Overall we expect it to be in very good condition, but if you are not entirely satisfied please get in touch with us.