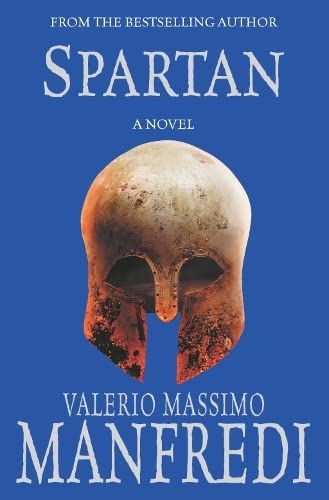 In Stock
£4.49
An epic story of passion, courage and adventure in ancient Sparta, by the author of the Alexander trilogy
Very Good Good
Only 1 left

Herodotus tells us that not all of the three hundred Spartan warriors died at the hands of Xerxes, King of the Persians, in the battle of the Thermopylae: two were saved bringing a life-saving message back to the city...

This is the saga of a Spartan family, torn apart by a cruel law that forces them to abandon one of their two sons - born lame - to the elements. The elder son, Brithos, is raised in the caste of the warriors, while the other, Talos, is spared a cruel death and is raised by a Helot shepherd, among the peasants.

They live out their story in a world dominated by the clash between the Persian empire and the city-states of Greece - a ferocious, relentless conflict - until the voice of their blood and of human solidarity unites them in a thrilling, singular enterprise.

Valerio Massimo Manfredi is professor of classical archaeology at Luigi Bocconi University in Milan. He has published nine works of fiction, including the bestselling Spartan and The Last Legion. The Alexander trilogy has been translated into 24 languages in 38 countries. He has written and hosted documentaries on the ancient world, and has written screenplays for cinema and television.

GOR000566667
Spartan by Valerio Massimo Manfredi
Valerio Massimo Manfredi
Used - Very Good
Paperback
Pan Macmillan
2003-03-01
448
0330491024
9780330491020
N/A
Book picture is for illustrative purposes only, actual binding, cover or edition may vary.
This is a used book - there is no escaping the fact it has been read by someone else and it will show signs of wear and previous use. Overall we expect it to be in very good condition, but if you are not entirely satisfied please get in touch with us.