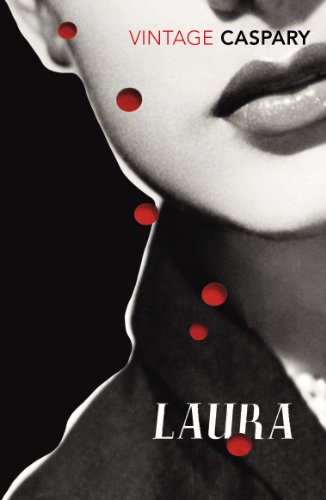 In the doorway of an elegant New York apartment, blood seeps over silk negligee, over polished wood floors and plush carpet: a beautiful young woman lies dead, her face disfigured by a single gun shot.

But who was Laura?

In the doorway of an elegant New York apartment, blood seeps over silk negligee, over polished wood floors and plush carpet: a beautiful young woman lies dead, her face disfigured by a single gun shot.

But who was Laura? What power did she hold over the very different men in her life? How does her portrait bewitch even Mark McPherson, the hard-bitten detective assigned to find her murderer?

Noir in a nutshell -- Anthony Lane * New Yorker *
A sleek, saturnine thriller * Independent *
A top-drawer mystery * New York Times *
The novel has three great strengths. The first is Waldo Lydecker, the vain, deliciously nasty newspaper columnist ...Its second strength is an ingenious plot twist ...The third is Caspary's having set a noirish crime story in the Manhattan haute monde of ad agencies, fancy restaurants and society folk as odious as they are self-satisfied * Washington Post *
Twists and turns give the plot its space, and hard-bitten cop Mark McPherson its hero -- Lesley McDowell * Sunday Herald *

Vera Caspary was born in November 1899 in Chicago. Her working life began as a stenographer at a Chicago advertising agency, but she was determined to become a copywriter, and despite many setbacks in a male-dominated business, she eventually achieved her aim in 1920. She then moved to New York to write for magazines, and also began writing stories which drew on her experiences as an independent, career-minded modern woman. Caspary wrote twenty-one novels in total, including Bedelia (1945) and Stranger than Truth (1946), but Laura was her first major success. Published in 1943, it was adapted for the big screen just one year later by Otto Preminger. The film version is still feted as a classic early noir and its theme tune has become a jazz standard. Caspary also wrote several successful screenplays, and received a Screen Writers Guild Award in 1957. In 1949 Caspary married the producer Isadore Goldsmith after a long-standing affair. She was hounded by the McCarthy witchhunts for her communist leanings, and published an autobiography, The Secrets of Grown-ups in 1976. Vera Caspary died in June 1987.

GOR004539731
Laura by Vera Caspary
Vera Caspary
Used - Very Good
Paperback
Vintage Publishing
2012-12-06
176
0099572788
9780099572787
N/A
Book picture is for illustrative purposes only, actual binding, cover or edition may vary.
This is a used book - there is no escaping the fact it has been read by someone else and it will show signs of wear and previous use. Overall we expect it to be in very good condition, but if you are not entirely satisfied please get in touch with us.