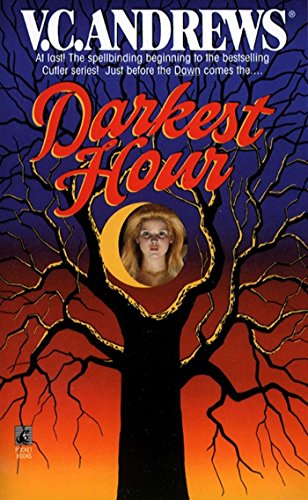 Growing up on the thriving plantation called The Meadows, Lillian Booth cherishes the brightest, happiest dreams...

Lillian's world is full of grand parties, of sunshine and promises, as thrilling as the fairy tales Mama spins for her and her little sister, Eugenia. No one, not even her cold, stern Papa and her Bible spouting sister Emily, can crush her spirits-- until the day Emily reveals the shattering secret at Lillian's birth, a secret Mama sadly cannot deny. Still Lillian refuses to believe Emily's hateful claim that she is evil, a curse... even when sweet, gentle Eugenia loses her fragile hold on life, and Mama retreats further into her fantasies. But when tragedy befalls her best friend, the one boy whose tender heart mirrors her own, Lillian comes to believe Emily's grim words. Meekly, she endures her penance, finding a strange solace in the endless repetition of prayers in a room stripped of all comforts. Lillian's heart is torn anew when, in a drunken haze, Papa subjects her to the most brutal degradation. Then Papa loses The Meadows in a card game, and Lillian is faced with a new and terrifying prospect. Arrogant, handsome playboy Bill Cutler will return the plantation-- if Lillian will marry him! Now Lillian must leave her girlhood home behind, and make a bold new beginning as the mistress of a hotel called Cutler's Cove...

GOR005030446
Darkest Hour by Virginia Andrews
Virginia Andrews
Used - Very Good
Paperback
Simon & Schuster
2000-10-26
394
0671759329
9780671759322
N/A
Book picture is for illustrative purposes only, actual binding, cover or edition may vary.
This is a used book - there is no escaping the fact it has been read by someone else and it will show signs of wear and previous use. Overall we expect it to be in very good condition, but if you are not entirely satisfied please get in touch with us.