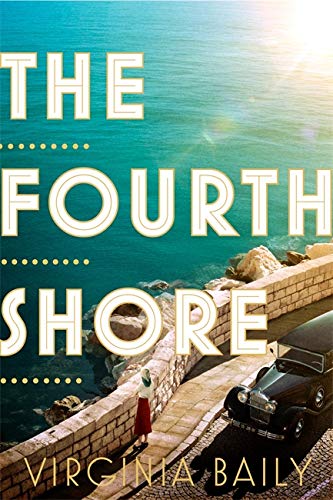 The Fourth Shore by Virginia Baily

Virginia Baily's new novel, her follow-up to the internationally bestselling Early One Morning, is a sweeping, absorbing novel by one of the most gifted, humane and perceptive storytellers at work today.

The Fourth Shore by Virginia Baily

Liliana's beloved husband has been dead six months when she finds a roll of banknotes in a drawer with a note: Treat yourself to something nice, love. The same morning, in her local cafe, she spies the headline on La Republica: two men have been shot and injured in Rome and it is suspected that Libya's Colonel Gadaffi is behind it. When she reads the name of one of the victims, Abrama Cattaneo, the last forty years of her life in England - not speaking Italian, never mentioning her Italian family - disappear in an instant. She is transported back to her years in Italy and in Tripoli, and she realises that Cattaneo, a poet, is the nephew she last saw when he was a baby.

Immediately she knows what she must do. She boards a place to Rome, where she plans to reclaim the life that she failed to have. Her real life.

Moving between past and present, to explore Liliana's years as a young woman in Tripoli under Italian occupation, The Fourth Shore shines a light on a forgotten period of brutal repression and once again shows that the emotionally crippling effects of war linger for decades after the fighting has stopped.

Virginia Baily holds a PhD and MA in English from the University of Exeter. She founded and co-edits Riptide, a short-story journal. She is also the co-editor of the political series of the Africa Research Bulletin. She lives in Exeter, Devon. Her novels include Early One Morning and The Fourth Shore.

GOR009908628
9780708898505
0708898505
The Fourth Shore by Virginia Baily
Virginia Baily
Used - Very Good
Paperback
Little, Brown Book Group
2019-03-07
384
N/A
Book picture is for illustrative purposes only, actual binding, cover or edition may vary.
This is a used book - there is no escaping the fact it has been read by someone else and it will show signs of wear and previous use. Overall we expect it to be in very good condition, but if you are not entirely satisfied please get in touch with us
Trustpilot