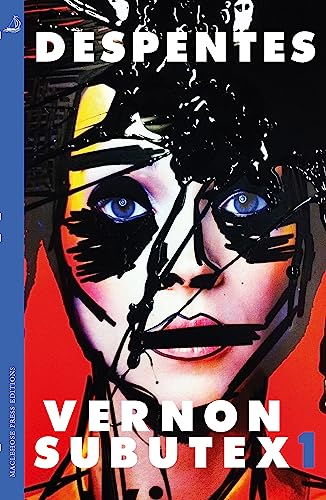 Vernon Subutex One
by Virginie Despentes

**SHORTLISTED FOR THE MAN BOOKER INTERNATIONAL 2018**

WHO IS VERNON SUBUTEX?

A fall from grace.

The mirror who reflects us all.

Vernon Subutex was once the proprietor of Revolver, an infamous music shop in Bastille. His legend spread throughout Paris. But by the 2000s his shop is struggling. With his savings gone, his unemployment benefit cut, and the friend who had been covering his rent suddenly dead, Vernon Subutex finds himself down and out on the Paris streets.

Translated from the French by Frank Wynne

Bold and sophisticated, this thrilling, magnificently audacious picaresque is about France and is also about all of us; how loudly we shout, how badly we hurt. It is the story of now. -- Eileen Battersby * Irish Times *
An enthralling read. The story of one man, one city, it speaks of our entire world. A compelling, vital read, beautifully and vibrantly translated. -- Nell Leyshon
Disturbing and compelling . . . I loved and hated Vernon but I couldn't leave him alone . . . Relentlessly brilliant. Reading it was like being on a runaway train - you know it will probably end in disaster but you might as well enjoy the thrill of the ride - it's unputdownable. -- Victoria Hislop
An energetic, diverting romp . . . Brimming with sex, violence and deviant behaviour . . . [and] a multitude of sharply delineated characters . . . Often surprises us with its psychological acuity. -- David Mills * Sunday Times. *
Vernon Subutex is a great novel because, quite simply, it disturbs you. Despentes is an extraordinary writer -- Francois Busnel * Express *
Part social epic, part punk rock thriller, Vernon Subutex is a remarkable portrait of contemporary society... written with a fury that hits right to the bone -- Christine Ferniot * Telerama *
Sex, drugs and 90s punk rock: Vernon Subutex is the Comedie Humaine for our time, produced by the furious talent of Virginie Despentes -- Laurence Houot * Culturebox *
A masterful blending of characters, voices and plots with an undeniable sense of changing rhythms. This is not just a novel, it's an electrocardiogram -- Etienne de Montety * Figaro *
A mind-blowing portrait of contemporary French society -- Nelly Kaprielian * Les Inrocks *
A vast mural of the world today. We all knew Despentes could write, but we were not expecting this -- Frederic Beigbeder * Figaro magazine *

VIRGINIE DESPENTES is a writer and filmmaker. Her first novel, Baise-Moi was published in 1992 and adapted for film in 2000. She is the author of over fifteen further novels, including Apocalypse Baby (2010) and Bye Bye Blondie (2004), and the autobiographical work, King Kong Theory (2006). She won the Prix de Flore in 1998 forLes Jolies Choses, the 2010 Prix Renaudot for Apocalypse Baby and Vernon Subutex One won the Prix Anais Nin in 2015, and was shortlisted for the Man Booker International in 2018.

GOR009023327
Vernon Subutex One: English edition by Virginie Despentes
Virginie Despentes
Used - Very Good
Paperback
Quercus Publishing
2018-03-08
352
0857055429
9780857055422
N/A
Book picture is for illustrative purposes only, actual binding, cover or edition may vary.
This is a used book - there is no escaping the fact it has been read by someone else and it will show signs of wear and previous use. Overall we expect it to be in very good condition, but if you are not entirely satisfied please get in touch with us.