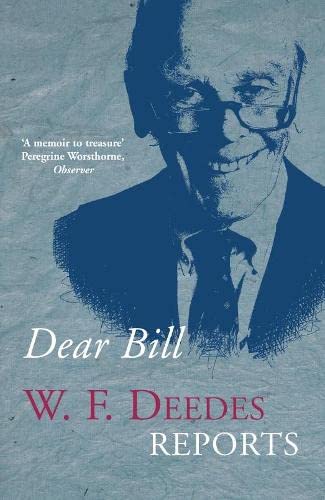 William Deedes is a national institution. Over the course of a career spanning seventy years, `dear Bill' has become one of the most respected and admired journalists of the last century. This is his story, told with his characteristic modesty, insight and wit.

Cutting his teeth at the Morning Post, Bill Deedes was sent off to cover the Abyssinian war, thereby gaining him a reputation as a fearless war reporter and also inadvertently providing Evelyn Waugh with the inspiration for Scoop's hero, Henry Boot. Bill rose through the ranks until he was called into politics, taking his place as a member of Harold Macmillan's Cabinet. Soon however the Telegraph called again and he continues to write there today, as well as work tirelessly for charity.

Now updated and revised, Dear Bill is a peerless memoir by one of the greatest living Englishmen.

W. F. Deedes was the only person ever to have been both a Cabinet Minister and a national newspaper editor. He was a minister in Harold Macmillan's administration and later became Editor of the Daily Telegraph. He appeared on television and radio frequently and ran high profile anti-landmine campaigns. He is the author of Dear Bill, his Fleet Street memoirs published by Pan and Brief Lives.
GOR002806407
9781405052665
140505266X
Dear Bill: A Memoir by W. F. Deedes
W. F. Deedes
Used - Very Good
Hardback
Pan Macmillan
2005-07-01
464
N/A
Book picture is for illustrative purposes only, actual binding, cover or edition may vary.
This is a used book - there is no escaping the fact it has been read by someone else and it will show signs of wear and previous use. Overall we expect it to be in very good condition, but if you are not entirely satisfied please get in touch with us
Trustpilot