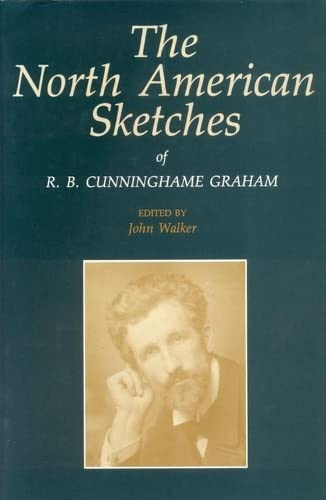 Robert Bontine Cunninghame Graham (1852-1936), whose fascinating life and neglected literature are finally attracting the attention of a wide audience throughout the world, has his North American travel writings collected in this book.

Robert Bontine Cunninghame Graham (1852-1936), whose fascinating life and neglected literature are finally attracting the attention of a wide audience throughout the world, was an inveterate traveler to Europe, North and South America, and North Africa. The fruits of these travels appeared in some thirty collections of sketches, histories, and biographies written over a period of forty years. Between his travels Graham wrote prolifically, served six tempestuous years as a radical member of parliament, and ran the family estates in Scotland.

In 1878, Graham and his wife Gabrielle began a trip to the southwestern United States and Mexico that would last for two years. Not much is known of this period of Graham's life, though it represents and important first stage in his literary career. These North American sketches, which include one written by Gabrielle, were written between 1890 and 1932. They have been edited and arranged to give some idea of the Grahams' travels in the borderlands of the United States and Mexico from 1879 to 1881.

Graham here as elsewhere turns out to be eminently readable. It is easy to read the volume straight through from cover to cover--easier than to say just why one feels that Graham is always a rewarding if never a great writer or why one's interest in the text seems never separable from one's interest in Don Roberto the man." --Wendell V. Harris in English Literature in Transition

John Walker is a Professor of Spanish, Queen's University, Ontario.

GOR005491073
9780817303556
0817303553
North American Sketches by Walker
Walker
Used - Very Good
Hardback
The University of Alabama Press
1987-11-30
160
N/A
Book picture is for illustrative purposes only, actual binding, cover or edition may vary.
This is a used book - there is no escaping the fact it has been read by someone else and it will show signs of wear and previous use. Overall we expect it to be in very good condition, but if you are not entirely satisfied please get in touch with us
Trustpilot