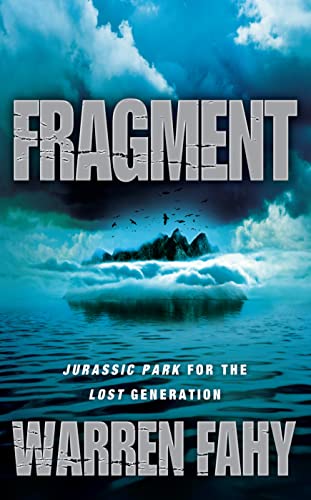 When the cast and crew of reality TV show `SeaLife' land on picturesque, unexplored Henders Island it's a ratings bonanza. But they're blissfully unaware that the decisions they make there will shape the fate of mankind ... if they can only survive.

For they quickly discover that the island is seething with danger. Having evolved in total isolation from the rest of the planet for millennia, Henders is home to host of vicious and exotic predators, terrifying creatures who live in a lightning fast blur of kill or be killed.

A team of crack scientists is sent in to assess the situation and they are astounded by what they find. It soon becomes clear that if even the smallest bug ever made it off Henders island, life on earth as we know it would change very quickly indeed.

The President is faced with the toughest decision of his career: take the risk of letting one of these creatures escape so that further research can be done, or nuke the island to protect the rest of planet Earth? Just when it seems the stakes couldn't get any higher, the scientists make a surprise discovery that changes everything...

Warren Fahy was born in Hollywood. He's been a bookseller a statistical analyst, and the managing editor of a video database, where he wrote hundreds of movie reviews for a column that was nationally syndicated in the US. Until recently, he was the lead writer for WowWee, generating creative content for their line of advanced robotic toys. He lives quietly in San Diego with his pug Caesar and is currently looking for a wife.

GOR001130736
Fragment by Warren Fahy
Warren Fahy
Used - Very Good
Paperback
HarperCollins Publishers
2009-09-01
496
0007299540
9780007299546
N/A
Book picture is for illustrative purposes only, actual binding, cover or edition may vary.
This is a used book - there is no escaping the fact it has been read by someone else and it will show signs of wear and previous use. Overall we expect it to be in very good condition, but if you are not entirely satisfied please get in touch with us.